Comic books are not real life.  They are better than real life.  They allow you to go forward in your own story with the myth of the super power to bolster your courage.  You can face your daily devils and demons secure in the knowledge that, while no one is perfect, we can all at least imagine holding firm to an ideal in spite of the trials we face…  being true to a power and a goodness beyond ourselves… being a hero. 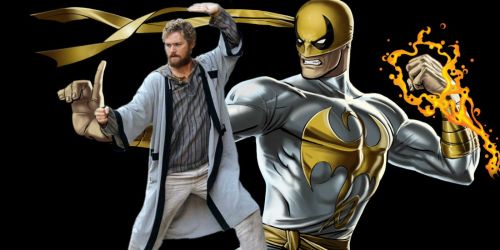 I have followed Iron Fist’s adventures since the 1970’s.  It is true that I haven’t been as devoted to him and his heroics as I have been to Spiderman and the Avengers.  But I love the idea of a good guy in white standing up to the bad guys in black and beating the poop out of them with a good heart and a bare fist, not resorting to guns and bombs and gratuitous killings.  Danny Rand, the Iron Fist, has always been such a character to me.  Noble because he does not intentionally kill the enemy, like Batman, Superman, Captain America and so many other favorite super heroes. 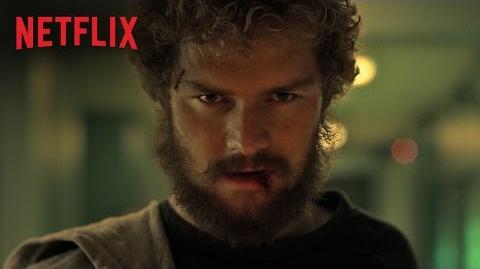 I admit it, this love-gush of a post is only happening because I finished binge-watching the new Iron Fist series on Netflix.    I depend on Netflix now to deliver to me effortlessly what I used to endlessly hunt and scrabble for in the way of idea fuel and motivational electricity.  And even though I am a notoriously uncritical critic, I have to say, it was not as heart-thumpingly good as either Daredevil or Luke Cage.  But it brought an old friend to life in a way that I never before believed could happen.  And I love the way it fit this puzzle piece into the overall jigsaw of the Marvel superhero stories on Netflix.  It used characters like the ER nurse Claire and the villainous Madam Gao to connect plotlines in Daredevil and Luke Cage, and the evil but helpful lawyer character from Jessica Jones.  Will I watch it again?  Definitely.  Will I need to draw Iron Fist for myself?  Probably.  But this is a hard experience to either explain or recapture.  Television using comic book heroes, sometimes, at its best, makes life better than it really is.

Binging on Netflix Yet Again

I really appreciate the opportunity Netflix gives me to use television shows to fill the lonely hours of sick-in-my-bed time.  It has almost pushed out reading as a favorite pastime.  Too sick to write or do housework or even draw, I can still live alternate lives in my head by fighting crime with Luke Cage and Sheriff Walt Longmire, or experience the miracles of magic and story-telling with the fairy-tale characters of Once Upon a Time.

Luke Cage from Marvel Studios brings to life a comic book hero that I have followed since the 70’s.  It is a bullet-proof fantasy of how a super hero who is invulnerable handles a world full violent evil and fragile people he desires to protect.  I have already watched all thirteen episodes, and may well watch it a second time.  It is, in my uncritical opinion, just as wonderful as Daredevil.  It provides catharsis and relief from a world full of troubles and pain. 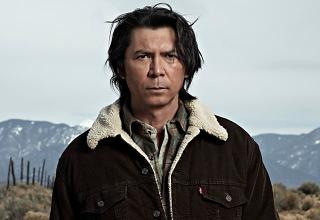 Longmire is a cowboy sheriff show that presents both a murder-case per episode and a larger jigsaw puzzle of personal secrets and hard life events that have to be faced no matter how reluctantly.  It brings back the flavor of the westerns like Gunsmoke that I watched weekly in the 60’s when I was a mere boy.

And finally, I also find myself hooked by the sappy Disney-princess show Once Upon a Time.  Literally hooked.  Hook is my favorite character.  And the reason he is my favorite is the something different behind the storytelling in this show.  No villain is unredeemable in this show.  Hook is transformed from heartless villain into an unqualified selfless hero.  The same thing happens with major villains Rumpelstiltskin and Regina the evil queen.  It is sappy and cartoonish, I know.  But the show makes me feel something, and look at things in a new way.

So, for now, that is basically my world.  I have to recover and grow stronger, and binging on Netflix goes a long way towards helping me do that.

Filed under being alone, feeling sorry for myself, humor, illness, TV review

Tagged as binge watching, humor, Longmire, Luke Cage, Netflix, Once Upon a Time

I am a Dr. Who fan.  It is without a doubt, one of the most important factors of my Who-life.  I started watching in the early 70’s when Jon Pertwee was the Third Doctor.  We used to get Whovian re-runs on PBS on Friday nights.  I watched every episode I could manage… Cybermen, Daleks, Silurians… the Master.  It was fantastic sci-fi and imagination fuel of the highest octane.  The Fourth Doctor was my favorite after I started watching his episodes.  I still think of the image of Tom Baker’s Doctor whenever I think of Dr. Who.

It was during the 1980’s that PBS went back to the beginning and aired the Dr. Who serials from the very start with William Hartnell as the Doctor.  My favorite Doctor turned out to be the little clown Patrick Troughton who played the Second Doctor and really sealed the formula of a wild and wacky adventurer through time and space who could make me laugh and keep me on the edge of my seat and sometimes even make me cry. 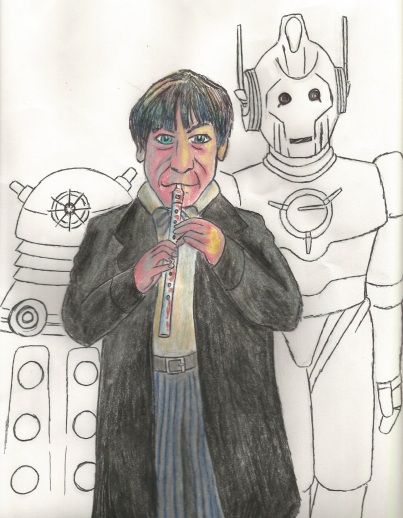 The order I watched the Doctors was 3-4-1-2-3-4-5-6-7 until the series restarted in the new Millennium.  Then I watched 9-10-11-8-and a couple of episodes of 12.  I used a combination of BBC America when we still had cable TV, and then I bought DVD’s to to try to fill in the blanks of what I missed.  When he went to the Marines, my oldest son bought me a Netflix account (shared with the whole family) and I have been using that to watch new episodes that I haven’t had a chance to see before… even some of the old Classic Dr. Who episodes that I had missed along the way.  I fell in love all over again with Dr. Who.  David Tennant and Matt Smith became my new favorite Doctors.

But then came February 1st, 2016.  Contract disputes took all the BBC shows off Netflix.  I panicked.  I bought Hulu on January 30th.  Dr. Who was there up until this morning.  Apparently they no longer have Dr. Who either.

The world is darker place this morning.  My travels through time and space with the Doctor and his companions has temporarily been stalled yet again.

I hear rumors that it will be renegotiated, the way the CBS/Time Warner dispute was that took Big Bang Theory away from me for a year.  But I have no faith in the possible curbing of corporate greed and the effects it has on my imaginary life.  I mourn for now, and pray to the Doctor, hoping for relief.