A Plethora of Bad Days

I’m sure you probably are saying to yourself something like, “What the heck is Mickey saying?” or “Why is this gesticulating goombah complaining again?” or definitely, “What the heck does plethora mean?”

Saturday my football Cardinals got a measure of revenge.  They were leading the hated Seahawks by a score of 31 to 18 in the second half.  Then, like God was cheating in their favor or something, the doofy Seahawks made a couple of long scoring plays and should have been able to kick the winning point after touchdown with less than two minutes left in the game.  Miraculously, the kicker shanked it wide left.  Tie score, 31 to 31.  So then, karma finally kicked in and the Cardinals got down into fieldgoal range on a pass to David Johnson, the miracle running back who ran for over 100 yards in his 15th consecutive game.  The game ended with a successful Cardinals’ field goal that gave them the unlikely win.

So, why am I not happy with a win like that?  Because it was practically the only one.  The Cardinals had a talented team this year that was predicted to win the Superbowl at the beginning of the year.  But they kept losing games.  Eight of them, as a matter of fact.  They were out of the playoff picture before Saturday’s game.  And the last time they played these skanky wanky Seahawks, they scored first in overtime, but still only got a tie out of the game.  And these same Seahawks made it into the playoffs as the winner of the Cardinals’ division.  Football life is really unfair sometimes.

And besides that, the Cubs won the World Series.  Donald Trump is going to be President in 2017.  The world is ending (at least within 100 years).  I am dying (at least within ten years).  And I am no closer now to being a successful novelist than I was on the day I was born.  Oh, and I have a viral infection that makes me cough and may kill me.  Life is all dark brown and dumbly glum right now.

So “plethora” means a whole gol dang lot of something.  And somewhere, somehow, someone owes me a good day or two.

Explaining to my wife why I had to watch the Super Bowl, even though my favorite team was humiliated in the last round… I tried to text her about the game.  The auto-correct kept insisting I was planning to watch the Superb Owl on the big-screen TV.

Well, it was kind of a Superb Owl.  I went in hating the Panthers for their treatment of my team.  I have also always been a Broncos fan.  I actually played for the Broncos in high school.  I played outside linebacker for the Belmond Broncos in Belmond, Iowa.

Carolina was supposed to win because Cam Newton had been so dominant through the entire 2016 season.

A lot of people I know hate Cam Newton because of the dancing and celebrating.  They seem to think he is inappropriately arrogant and somehow bad because of it.  But I don’t agree.  I kind of like him.  He has that easy Magic Johnson sparkle in his eyes.  Talent and ability roll off him and infect his whole team with confidence and swagger.  I actually like the thing he started with giving touchdown footballs away to kids in the crowd.  I think he’s a gifted athlete and a good role  model.  But, of course, I do not have that innate redneck ability to find fault in people of color.

Of course, this was probably Peyton Manning’s final game.  It was nice for him to win a final Superb Owl to finish off such a monumental career.  He is suffering from numerous injuries and eroding skills.  He had to win the game with his brain instead of his arm.  He is also under a cloud of suspicion about using human growth hormone to come back from injury.  I am also not offended by athletes that want to take advantage of pharmacological science to prolong and enhance their careers.  If it is actually cheating and not just something we are presumptuously trying to protect them from, then I don’t think the players themselves are primarily responsible.  The clubs, the owners, and the media drive that problem and are enablers.

Despite all the ruffled owl feathers, the game was a classic good game.  And the team that most deserved to win is the one that took home the Superb Owl trophy.  Denver has a magnificent defense, and they were able to keep Newton and the Panthers from doing all the remarkable things they are capable of doing.  I wish Arizona’s defense had played that well.  The MVP Von Miller personally helped the Denver defense score a fumble-recovery touchdown that probably decided the game.  He also stripped the ball from Newton late in the game to take away Carolina’s last shot at a come-from-behind victory.  The Broncos earned that victory.  Peyton didn’t actually win it, so much as he preserved it by not messing up so badly the Panthers could recover.  It was not a showboat game like the Cardinals played against the Steelers in 2009.  It was a good defensive game.

GLENDALE, AZ – DECEMBER 10: Wide receiver Michael Floyd #15 of the Arizona Cardinals celebrates with wide receiver Larry Fitzgerald #11 after scoring a 42 yard touchdown during the third quarter of the NFL game against the Minnesota Vikings at the University of Phoenix Stadium on December 10, 2015 in Glendale, Arizona. (Photo by Christian Petersen/Getty Images) ORG XMIT: 587447613 ORIG FILE ID: 500863982

And I am not one of those people who want to make fun of Cam Newton for being upset at the loss.  He has a right to disappointment, especially considering how drastic his personal change in fortunes really was in this game.  My team was where he is now two weeks ago.  So, this was an ugly, messy, hard-fought game, and I am really glad I got the wife to let me watch it with her on the big-screen TV she bought at Christmas time… Superb Owl 50!

Filed under feeling sorry for myself, football fan, humor, sports

A Little Note of Blues From a Cardinals’ Fan 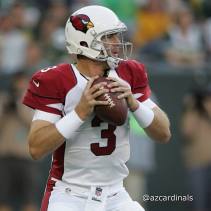 Yep, we did it again.  We had a great season, better than we’ve ever had (since we were the Chicago Cardinals before I was born).  But, just like last year, the Carolina Panthers put a wooden stake through the heart of our dreams.  We are still a team that has never won a Superbowl.  And I wish the best to you, Carolina, who has also never won a Superbowl (the “best” here means that the Denver Broncos’ defense turns the Panthers’ offense into hamburger, and keeps you on the list just as the Steelers did to us in ’08).

Wait til next year!  Oh, and there are still the St. Louis Blues in hockey who have yet to win the Stanley Cup!

Yes, I am an Arizona Cardinals fan.  I have been rooting for the Cardinals since the days of Jim Hart, Mel Gray, Otis Anderson, Terry Metcalf, and Jackie Smith.  My team has ALWAYS been the underdog.  They won the NFL Championship as the Chicago Cardinals before I was born.  They never won it all in all the time they were in St. Louis.  In 2008 they played in the Superbowl and led late in the 4th quarter.  The Steelers beat them in last second heroic fashion.  I still hope for wins and glory.  Tonight they are actually favored to beat the Green Bay Packers.  That has always been the kiss of death for my team.  When they are favored, they lose.  But you never know.  This could be the year I’ve waited so long for. 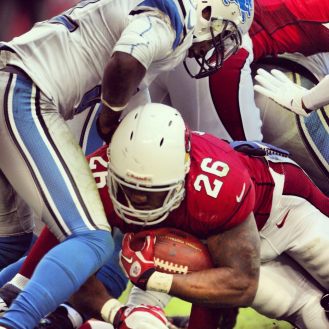 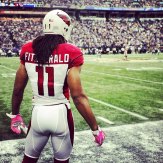 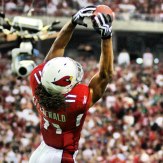 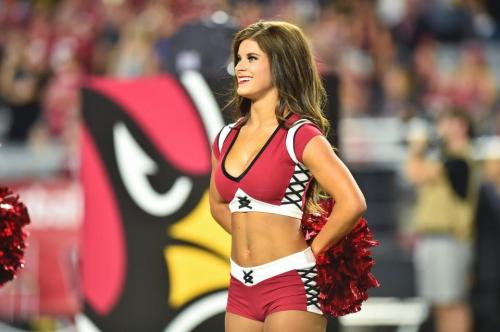 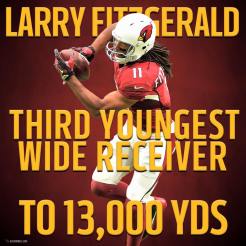