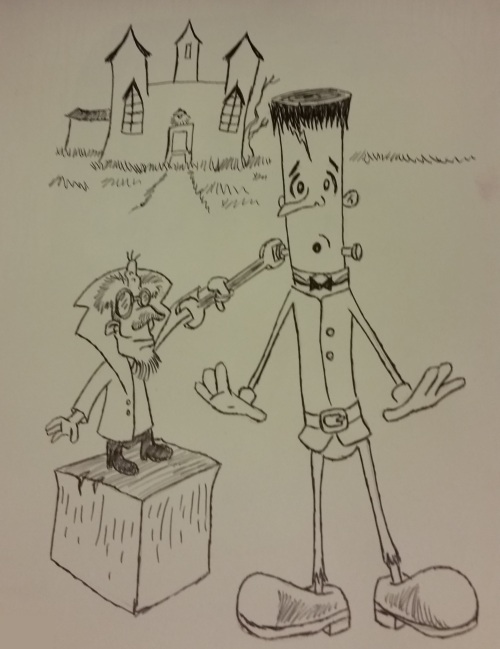 In the quiet but creepy back-street, dark-alley parts of Fantastica there is a creepy house known as Monster Mansion.  Yes, it is a cartoon house in a cartoon fantasy land.  But it is creepy.  Well, maybe creepy in a funny, cartoonish sort of way.  Okay… so it isn’t really creepy.  But Dr. Pinkenstein (pictured above with his monster Elroy) does live there, so it has to at least qualify as weird. 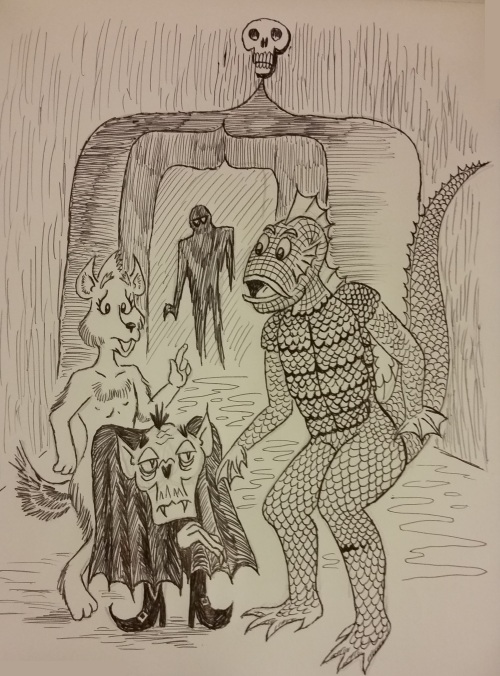 In the sub-basement (where there are no submarines… that we know of) there is an underground river.  That is where the resident gill-man lives.  Known as Swampie, he takes care of the rats, the cockroaches, and the fish… mostly by eating them.  In the portrait above, he is being visited by Lonny the Wolf-boy and the Monster Mansion resident vampire, Count Stinkula.  Both of them are often asked by the Mansion’s residents to spend time in the sub-basement, Lonny because he howls too much, and the Count because he smells really, really rotten. 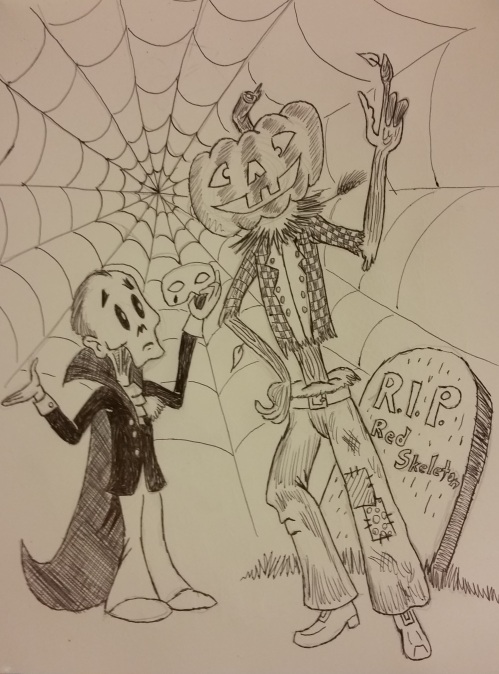 If you ever make the mistake of visiting Monster Mansion (and that would be a really, really big mistake), you will be greeted at the door by Monster Mansion’s butler, Doofy the Pumpkinhead.  He is a very nice and welcoming scarecrow sort of dude, but he’s a little hard to hold a conversation with.  If the candle in his head goes out, there is nothing going on in the gourd at all.  In the picture above, Doofy is pictured with the Phantom.  Mr. P is in charge of mood music in Monster Mansion.  He plays the pipe organ, but it has been relegated to the basement because the clinker notes have a tendency to break the windows upstairs.

So, that’s everything you didn’t want to know about Monster Mansion.  Sorry I had to break it to you this way.  But cartoonists can be like that.  Not creepy, really… more like a little bit weird.

Here are images from the Monster Movie collection I keep as an obsessive-compulsive hoarding disorder style of thing.  I thought I would present them as a collage since I am lazy today and want to save words for my novel project. 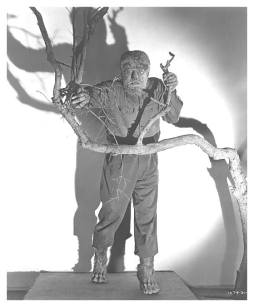 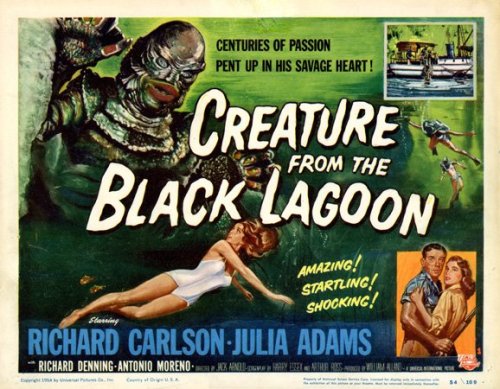 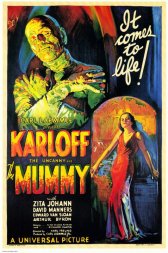 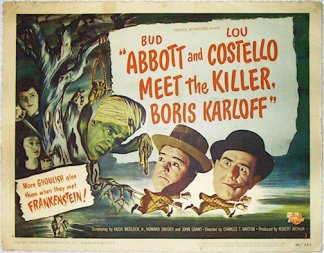 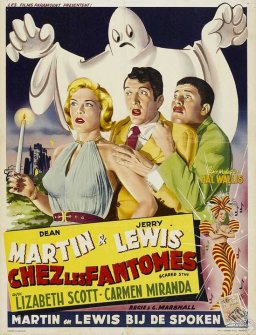 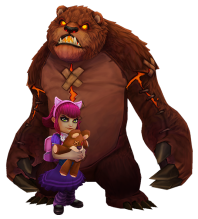 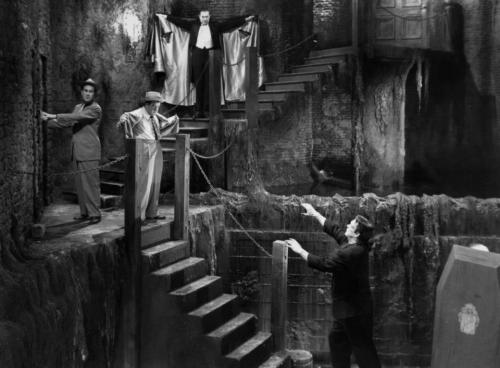 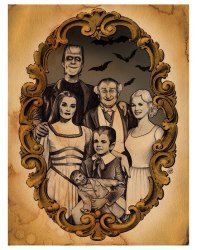 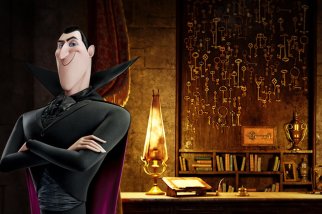 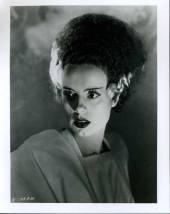 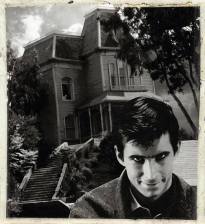 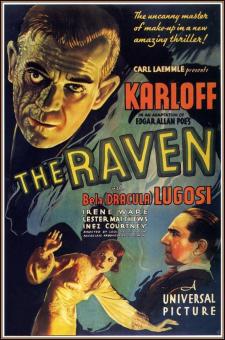 The scary thing is that people like me obsess about such nonsense, and collect so many silly, fantastic pictures of stuff and nonsense. 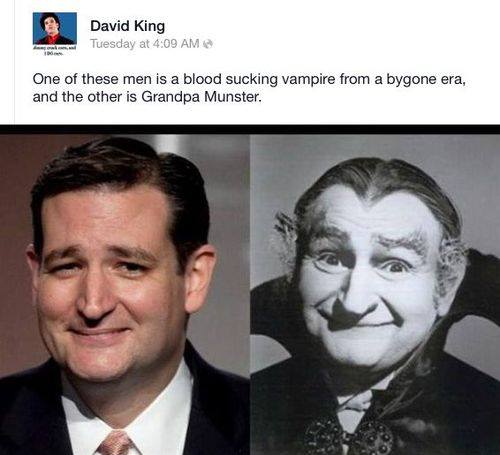 Yes, I know my parents were both Eisenhower Republicans back in the 1950’s when I was born.  But Iowa was always far enough removed from the racial tensions of the South and the Southwest to keep me mostly insulated from the politics of hate.  Besides, the bad guys were Southern Democrats back then.  John Kennedy and Lyndon Johnson turned them all into Republicans by declaring that black people and Hispanic people were a part of that “All men are created equal” nonsense referred to by left wingers as the “Civil Rights Movement”.   Dwight Eisenhower warned us against “the Military-Industrial Complex”.  In the 80’s the Reagan Republicans embraced the “M.I.C.” as an essential part of free-market capitalism.   Poor President Eisenhower would not recognize his party today.  Today they stand for giving tax breaks to the wealthy and the corporations that make them wealthy.  As well as standing for taking food stamps away from poor families who haven’t earned them because they only work two or three minimum-wage jobs.  We can’t afford to be giving money away to people who probably do work harder than corporate CEO’s who make tens of thousands of dollars a minute, but their work is obviously not as valuable.

Sarah Palin was recently resurrected to comment on the Republican debate of 12/15/2015.

Sarah Palin says the front-runners in Iowa, (Donald Trump and Ted Cruz) would both make a good next president from the Republican-Tea-Party point of view.  Horrors!  The scary thing is, not only do these Republican opinion-leaders really believe things Sarah Palin says, they may actually be less intelligent than she is.  Ted Cruz would like to implement a uniform 17% flat tax.  This actually sounds good to Republican ears.  Poor Republicans don’t seem to realize that it will allow the wealthy to pay even less in taxes.  Paying 17% instead of 35% means millions, if not billions of extra dollars to pocket for Donald Trump, Mitt Romney, and the Koch Brothers.  It will also mean that middle-income and poor people will be paying a larger percent of everything the government spends.  Hence, reduced spending falls on social safety-nets and anything else that costs money but benefits people who are not rich.  In fact, Republicans will insist on increasing military spending, so the economy is probably doomed to depths deeper than the Great Recession of 2008. 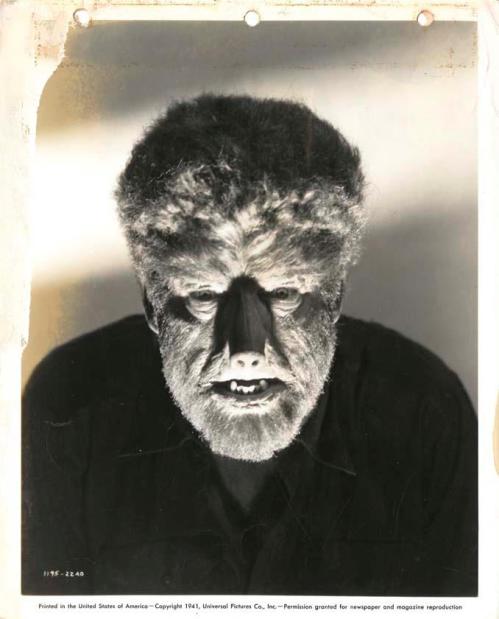 Donald Trump is too often tempted to lash out with opinions apparently influenced by the full moon.

The issue of immigration is still the thing that galvanizes the Republican base the most.  Fear of foreigners, Muslims, and Mexicans are equated with fear of murderers, rapists, and terrorists.  It is a roaring flame of fear that is being fanned not only by Donald (ook!) Trump, but also every Republican candidate.  Some of them, though, use slightly less oily words than the Donald (ook-ook!) when fanning those flames.  The good news for people like me who hope no Republican can beat whoever the Democratic nominee is, resides in the fact that Marco Rubio, the candidate most likely moderate enough to win it all, will never be the Republican nominee because he’s too soft on immigration (“too soft” meaning that he actually wants a process approved for immigrants to become citizens, something the Republican base fiercely opposes.

I really think the only way a Republican can win the Presidency is if they start slicing and dicing the candidates they have, and sewing up a new composite candidate that has the best of all of them.  John Kasich’s common sense is only 25% evil.  They could use that.  Rubio’s immigration views are only heartless when it comes to Muslims.  They desperately need a heart, even if it does only beat half the time.  Ted Cruz could contribute the fearlessness needed in a leader, although to use the immense brass balls in the construct would require an almost anatomically impossible large empty space to keep them in… like maybe Donald Trump’s head (although the ego would have to be extracted from it to make room).  They could also use Rand Paul’s hair for comic relief.  The only drawback to the plan, as made obvious by the most recent debate performance, is that their candidate would be made entirely from monster parts. 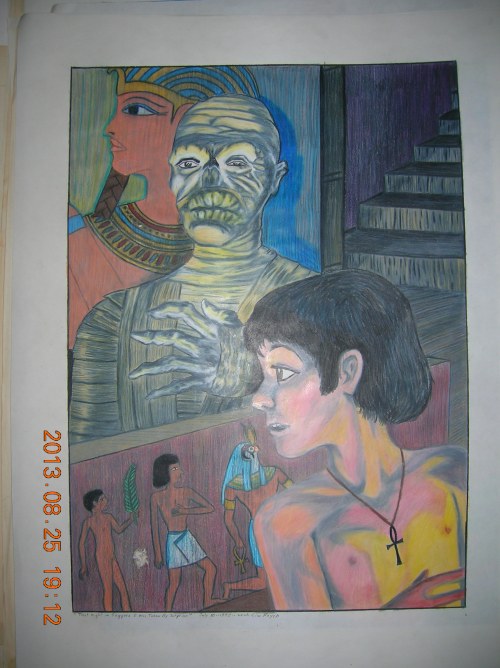 I am fascinated by the tragic-romantic monster-heroes of the silver screen. The Phantom of the Opera, Frankenstein, The Wolfman, The Mummy… Christopher Lee, Lon Chaney Jr., Boris Karloff… so much visual monstrosity and wild fantasy of the most terrifying sort. I love it.

Of Werewolves and Evil Folks

As a child I was like most boys of the 60’s.  I loved monsters and monster movies.    I drew skeletons and Frankenstein’s monsters.  I made comic book stories about space aliens, vampires, and wolfmen.  I filled my fantasy world with dangerous creatures of the darkness.

It was only natural, then, that I create a story of monsters in Iowa.  I set this story in my little home town.  I created a story of a boy who was born funny (not ha-ha funny) and had to be kept out of sight in a secret attic room because he was thought a monster.  In reality, Torry had a rare hereditary condition called hypertrichosis where you grow hair all over your face and body.  Torry’s parents would mistake it for a monstrousness that they felt was the family curse, lycanthropy, werewolf disease.  And the story would have to have a hero, Todd Niland, who accidentally makes contact with and befriends Torry.

For a villain, I would draft Torry’s young and well-to-do uncle Macey.  He would be the keeper of family secrets and the real monster of the story.  What he would do to his own family and his allies would be a crime that would eventually become murder.

So there it is.  (Shudder!)  A novel idea I will call for now The Baby Werewolf.  Deliciously dark and dangerous.  A monster masterpiece of macabre manufacture.  Of course I will obviously approach the project with my usual total seriousness.  Not one joke.  You have my solemn promise… with all my fingers and toes crossed.