Carl Barks was born on March 27th, 1901. So, today is his 118th birthday. If you have no idea who I’m even talking about, then you were never a kid and a comic book fan in the 1960s. Carl Barks is both Uncle Scrooge’s father and Donald Duck’s stepfather.

Carl is a personal art hero of mine. I grew to adulthood on the adventures of his plucky ducks doing duck adventures in Duckburg. I have written about my devotion to Carl in this blog before. In fact, here is the link; https://catchafallingstarbook.net/2014/09/27/carl-barks-master-of-the-duck-comic/

That’s essentially true. A large part of my character as a junior high school English teacher was based on what I learned about mentoring from Scrooge McDuck and about teaching important facts from Gyro Gearloose.

Carl was not immune to criticism. Cartoonists get blow-back, a fact of life. But he overcame it with a wry sense of humor and interesting views of how you pursue goals in life. He had a firm sense of fair-play and justice. You could get actual morals to the stories in a Carl Barks’ duck cartoon.

The characters were not perfect. They all had glaring flaws, the heroes right along with the villains. Of course, the villains never learned to change their ways, while the heroes often learned to improve themselves by working on the weaknesses, and it wasn’t all about becoming a gazillionaire (a term I think Barks may have invented).

I even learned a good deal about adventure story-telling from Carl Barks’ comic books about Duck people doing ducky stuff that was really about people doing people-y stuff in the real world. Yes, people in the world around me are very Carl Barks’ ducky.

So, happy birthday, Carl. 118 years young. And he’s only been gone from our world since August of 2000. He still talks to me and teaches me through his Duck comics.

One of my most valuable books of magic is Uncle Scrooge by Piero Zanotto (with a forward by Carl Barks). 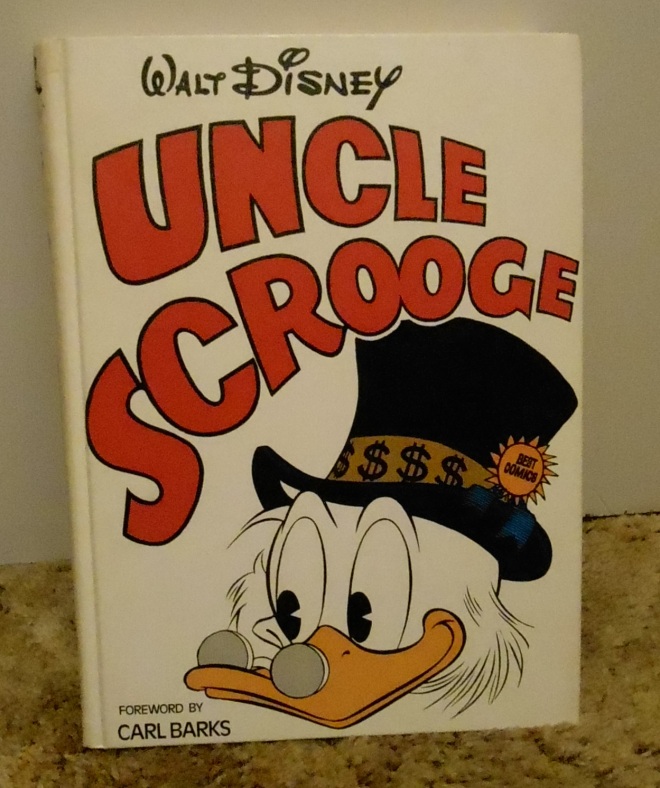 This book is filled with some of the best cartoons from Duckburg written and drawn by Carl Barks.  Scrooge McDuck was first created by Carl Barks in 1947.  Barks had inherited the Donald Duck comic book franchise from Al Taliaferro in the 1940’s.  He used his animation training to create an artfully sequenced series of stories that transformed Donald from an enraged character screaming at life into a responsible Uncle with three nephews, Huey, Dewey, and Louie, as well as relatives like his unfailingly lucky cousin Gladstone Gander, crazy inventor Gyro Gearloose, villain Magica DeSpell, and the richest duck in the world, Uncle Scrooge McDuck.  His run of amazing adventure comics created through the 50’s, 60’s, and 70’s fueled much of my art training and story-telling training as a boy through comics like the following; 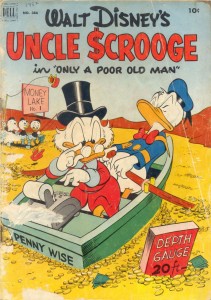 I read these comics to pieces.  I studied every panel in great detail.  Carl Barks means more to me than most of the teachers I had in school… all but three or four of them.  And I hope this little post of praise will inspire you to look into the man and his ducks, and find there the beauty, the wisdom, the adventure, and the humor that completely captivated me.