You have to wonder when you pay attention to what people are actually doing in this world, if the human race needs to be exterminated once and for all.

I know that as jokes go, that one is a little bit dark. But as we may actually be faced with a tipping point into the funnel of human extinction in only twelve years, it seems to me we are more likely to go down that awful rabbit hole at the bottom of the funnel than not. And that is not a very nice flesh-eating bunny we are going to find in that particular hole.

Remember, please, that I am, in fact, a pessimist, both temperamentally and philosophically. I look at the worst that could happen. But I am chagrined to see that people are actively either ignoring the climate change problem, or working to bring it on even faster by deregulating polluters in the name of making higher short-term profits. So, when the Midwest becomes an inland sea, the oceans rise to make New York and Miami into underwater bubble cities like the Gungans have, and we will have to learn to eat dirt in underground tunnels as drought and heat eliminate farming completely, we may very probably be getting what we deserve.

Obviously we are not taking things seriously enough when we continue to let the criminal orange monkey sit in the White House in pile of his own political poo and tell us things like “The Green New Deal is the radical Democrats’ attempt to turn us into a socialist country!” He doesn’t even understand that the Green New Deal is merely a strongly-worded resolution not to die in a blaze of heat generated by greenhouse gasses, and to be willing to do whatever it takes or pay whatever it costs to stay alive.

Maybe the whole question shouldn’t matter to me. I will, after all, probably be dead before the end comes for the rest of humanity. Like the Koch Brothers, I probably don’t need to fear the consequences of what industrialists like the Koch Brothers have done to our world just so they can have more money to stuff under their silk cushions to sit on.

But I do care about the world I will be leaving behind. I have many children in it. Three of my own and over two thousand that were mine for a school year or two or three to nurture and teach and shape into real human beings. I will be leaving behind a literate culture that I love and have tried desperately to add to. The worst part of that is all the wonderful books that I will never get the chance to read and own and share with others.

But there is an answer.

If we can laugh about it as the ship is sinking, we will be alright, no matter what the outcome.

Of late I have been rather obsessed with the coming darkness. Death. Ragnarok. Mass extinction of all life on Earth. My own situation as a pessimist quickly approaching the end of my own personal life has probably colored my obsession to a very large degree. And I should point out, my own prognosis is not going to change for the better. I do not have the financial power to prevent the problems I already have using modern effective healthcare. I am personally doomed. But even though the whole world seems easily as doomed by climate change, that doesn’t mean everyone shares my sad fate. There are potential solutions to the problem that only require the people who do have the financial power to fix it to decide that life on Earth has more value than their personal wealth and privilege. (Uh-oh… there’s a dependence on goodness where it seems like none actually exists.)

I often turn to science and books by very smart people to give me ideas that comfort me and give me hope. I recently did some binging on YouTube’s Answers With Joe. He does an excellent job of providing answers to things that worry me underpinned with scientific facts.

I have been worried about the environment from the times in high school science class when we learned about Paul Ehrlich and his book The Population Bomb.

Then we were learning about how the overpopulation of the Earth and its attendant need to produce food for all those people threatened massive famine, resource scarcity, and eventual extinction for humans. It was pointed out that, at the time in the 1970s, we were using chemical fertilizers and pesticides on the fields in Iowa to increase yields that would not only pollute the water and air in Iowa, but would eventually make its way through the watershed system into the oceans where it would overstimulate the algae and create an ocean environment throughout the world devoid of oxygen, fish, and all other lifeforms. I could see the threat and the validity of the science that Ehrlich had done.

I learned, over time, that population stresses do not necessarily cause extinction events in a matter of decades. The 1980s came and went and we were not extinct, despite eight years of Ronny Ray-gun, the jelly-bean president, and massive success in increasing food production. As Joe does an excellent job of explaining in the video above which you didn’t watch, population problems proved at least partially self-correcting. Families generally slowed their growth rate as health and wealth improved and made them more productive, more intelligent, and better able to support the heavy layer of living people that now covered the Earth.

Recently I became obsessively and pessimistically concerned with the dire predictions of environmental scientist Guy McPherson. I do recognize that his work reflects the extremist point of view among climate scientists, but ;there are a number of facts that he presents that are irrefutable in the same way as the arguments of… Paul Ehrlich.

In the second video above that you also didn’t watch, Joe explains how the problem of greenhouse gasses can be undone by renewable energy, carbon capture and air-scrubbers, and the search for viable products made from CO2, helping to reverse greenhouse gasses. He also explains how chemical cooling of the atmosphere and actual planetary weather control are possible. Technology already exists to solve the climate problem. The only drawback is that somebody has to pay for it. And the people in control of that kind of financial power are all entitled low-down greedy bastards that would rather build massive survival bunkers in the Ozarks than pay for the rest of us to survive. So, there is hope, which comes not with a grain of salt, but with a giant’s saltshaker filled with rock salt. Still, it isn’t time for all of you to give up. Just me. I am the one most completely doomed.

We Are All Gonna Die 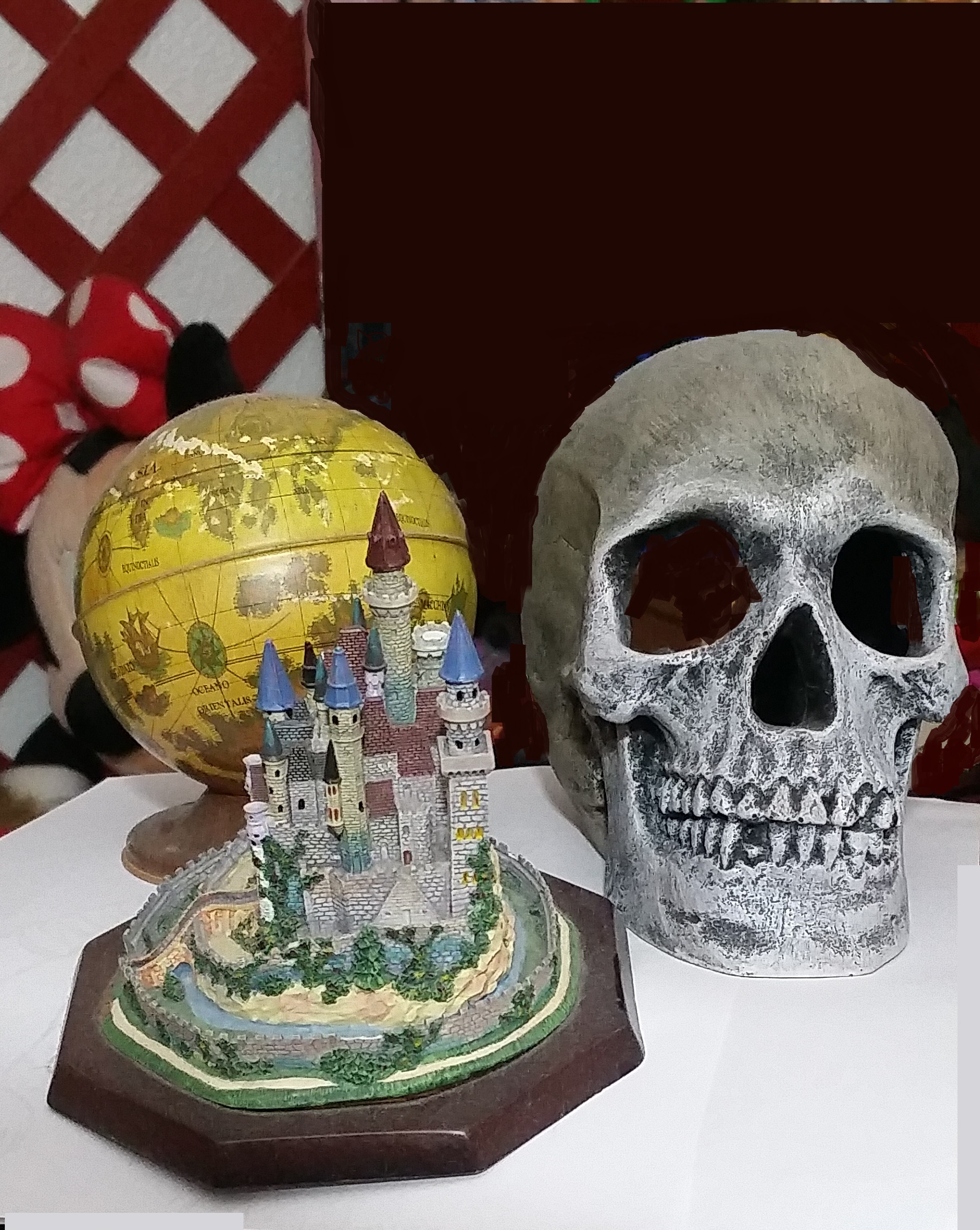 I hope you listened to Joe.  Not just the first part, then got bored and disgusted and turned on Fox News.  I hope you listened all the way to the end and heard the hopeful things he says there.  He is a very good video essayist who uses real science to reason with you about questions that are really about life and death.  One way we may be going to die as a species is through climate change and global warming.  The dire predictions we get from climate scientists, whom nobody seems to take seriously, are becoming increasingly alarming.  If we are too stuck in our own little kingdoms and don’t look the castle windows at the weather outside, we are not only going to have our parades rained on, it will be acid rain, and the parade marchers will get boiled on the hoof as they march.

Those of us who put too much faith in the Trump Train, burning its beautiful clean coal, are going down to the bottom when we get to the canyon bridge and the train roars off the tracks.  Just ask Paul Manafort after his trial ends, or Jeff Sessions after Trump fires him to make racist sausages out of him to serve at an I-Love-Putin Picnic, what the ride has been like on the Trump Tongue Express.

But, of course, the Pumpkinhead in Chief is not the only reason we have no money and no jobs and are going to be roasted to death in a polluted world.  There is also the little matter of Trillions of Dollars in Debt that was racked up to make the rich richer and people like me foot the bill.

I know you may be suspicious of an interview conducted on RT which is an arm of Russian propaganda in the USA.  But I should point out, if you like Trump, you like Russia already, and both of these journalists, Chris Hedges and David Cay Johnston, are not afraid to tell the unvarnished truth.  That means the mainstream media is uncomfortable about putting them on the air, and those who want to stir up trouble find it easiest to do that by simply allowing access to researched facts and basic truths we are reluctant to hear.

If you don’t believe in the predictions offered by science, it is bound to be because of one of two different things.  Either you see the science and follow how the results of computer models become overwhelmingly dire, disgusting you with a total lack of optimistic outcomes, or you reject science in favor of the oil companies’ rose-colored fairy-tale outlooks where unicorns will consume CO2 clouds and fart out benevolent rainbows.  From where I stand now, broke and old and ill, it doesn’t matter much to me.  In the short time frames we are looking at for global-warming Armageddon, I will undoubtedly reach the end of my natural life.  I probably won’t be around for the horrific-suffering part of how this all is going to end.

I know if you haven’t turned away from this heat-death-of-the-planet idea already, you are probably pretty depressed by this point in the essay.  I know I am.  It does not bode well for my children and any future grandchildren.  But I will leave you with the reminder that we are human beings.  And human beings are complex and able to solve large complex problems.  We put men on the moon.  (Or we did the even harder job of faking it and not letting the secret be discovered for fifty years, complete with space-travel debris on the moon that you can take photographs of from earth with a really good telescope.)  So, just maybe this massive terrifyingly horrible problem can yet be solved in the nick of time.  I do believe in the good that can be found in mankind.  But I also see the corruption and evil.  So hopefully Mark Twain’s final hope for mankind, that this time when God drowns us, there will be no Ark, will be thwarted.  Believe me, I have no wish to die a horrible death.  But I am a pessimist after all.