He won by hanging nicknames like millstones around the necks of his opponents. 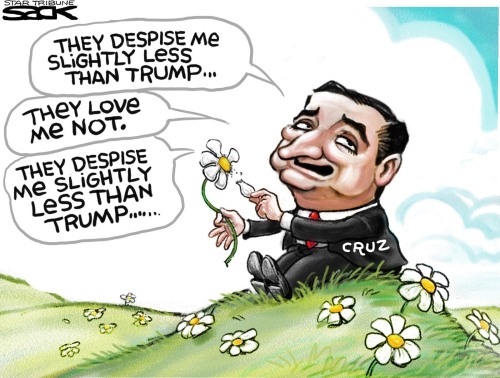 He called this fellow “Lyin’ Ted”. 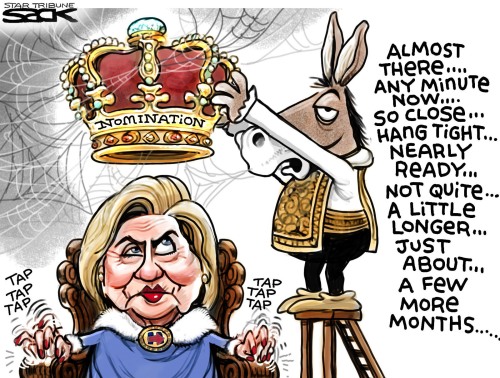 And he berated her as “Crooked Hillary”

Insults, nicknames, and politics seem to work better together than anything else when you are trying to win over the fat, lazy white folks with too much money who gather at the Cracker Barrel in Lewisville, Texas to decide who will be President of the U. S.  After all, they are the only ones whose voice still counts in politics.  Voter I.D. laws, gerrymandering of voting districts, and vilification of Muslims has pretty much seen to that.

But I have always felt that insulting your opponent in a debate was not only uncivil, but actually cheating.  I would much prefer to see ideas and policies and political positions be ridiculed.  Still, that is not the way the world works now that the semi-stupid people have taken control.  Vicious and personal is the preferred way of the modern day. 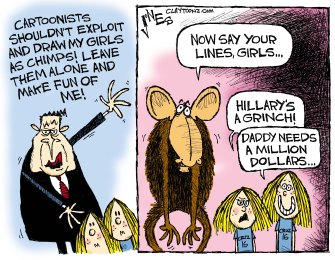 It was certainly awkward, stupid, and bad the way a certain Texas Grandpa Munster look-alike exploited his own children during his GOP nomination campaign.  But that paled in comparison with how the Great Orange Face accused his father of killing J.F.K. and called his wife ugly in comparison to the plastic Barbie doll that Pumpkinhead currently keeps on leash number three for himself.  Grampy Munster was right, when he said family should be off limits.

If you must vilify the un-TrusTED One, and we certainly must,  it should be for the selfish, stupid policies and agendas that he would enact if he wins the golden ticket. 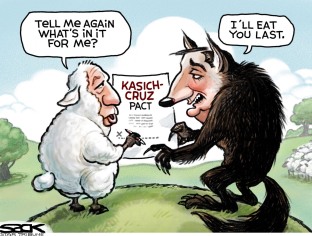 And how do we know what he would do if the “Ultimate Power of Castle Grayskull” actually became his?  Well, he did spend a lot of time telling us what he would do.  His message was not all Green Eggs and Ham.  Though there was a lot of leftover ham even after the Dr. Seuss Filibuster.

So what is the proper way to talk about the Orangutan King we made the mistake of electing?

He has gone to considerable effort to place doubt in everyone’s mind about the truth in every reported story from the media. 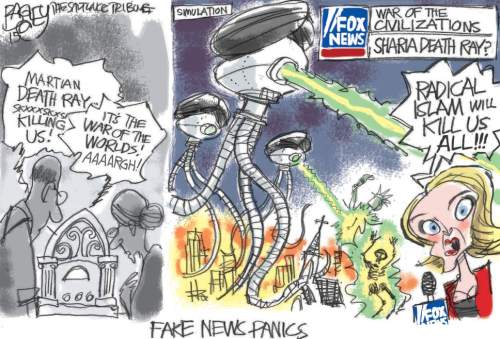 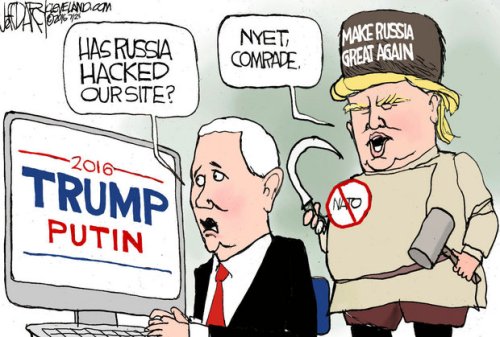 He has hammered it into the brains of his true believers that anything CNN says about the Russian hacking scandal is absolutely “WRONG!”  Though I am inclined to believe that everything that comes out of his mouth truly means that the opposite of what he says is true. 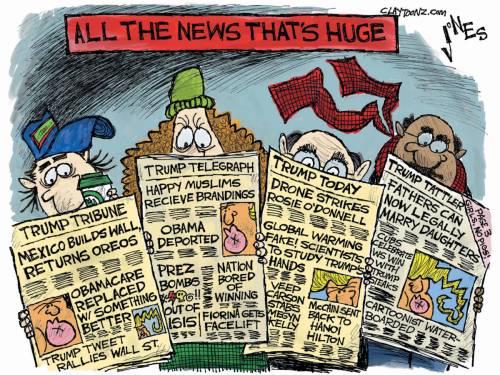 And I think we all have to work a little harder to deny him control over what is defined as “True” and what he can be allowed to call “Fake.”

So, even though I realize I have a certain talent for insulting others myself, and have used it generously here, I do not think insults are the right way to go.  You should talk about the ideas and the prejudices, and how those things lead to evil befalling us.  Insults are a waste of time.  But did you notice?  While composing this piece, the cartoonists whose work I am sharing with you may have labeled them with names, I never once  in my own writing named any of the ones I was insulting by name. 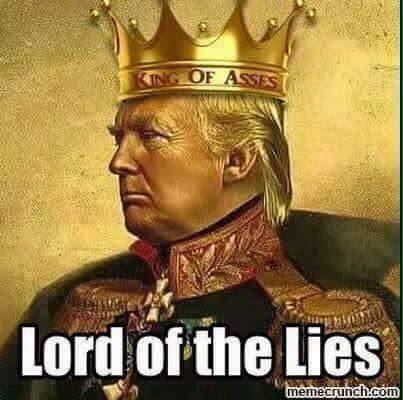 And I’ll bet you knew who I meant anyway. 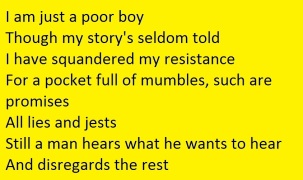 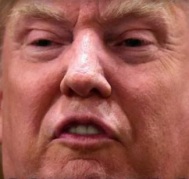 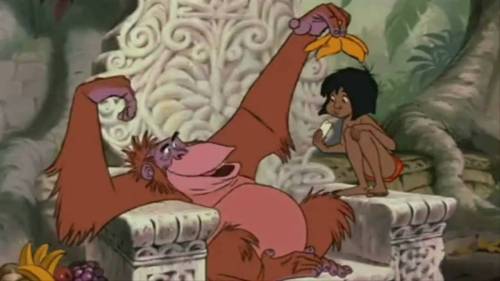 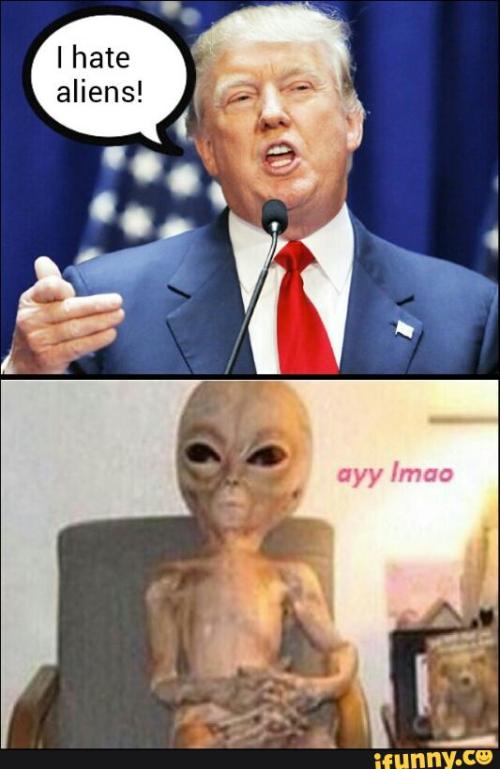 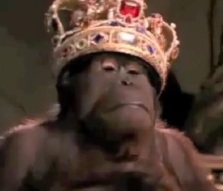 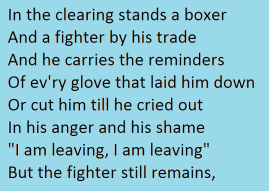 Lying as a Form of Social Responsibility

Mark Twain had a lot to say about lying.  Like in this quote from Following the Equator ; Pudd’nhead Wilson’s New Calendar; “There are 869 different forms of lying, but only one of them has been squarely forbidden. Thou shalt not bear false witness against thy neighbor.” 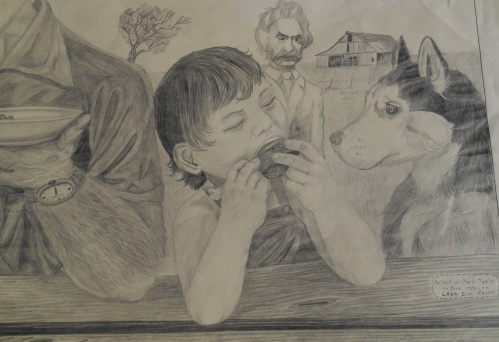 Now, I would have to agree with the Biblical admonition against lying to get the people you dislike thrown into prison or beheaded.  I am especially concerned with some of the false witness pooping out of the mouths of some presidential candidates that would like us to believe their anti-science, anti-climate change, and anti-immigration lies would make good laws for our country.  If they go with Donald Trump’s idea of taking away birthright citizenship from the children of immigrants, then my three children will lose their citizenship and could be deported from the only country they have lived in.  After all, after twenty years of marriage and applications and legal fees and enough frustration to make her give up on the whole idea, my wife is still not an American citizen.  She is from the Philippines, and Filipinos are one of the main groups that politicians site as reason for taking automatic citizenship away from foreign-born marriage mates back in the 1980’s.  And if we truly believe that climate change is a hoax and disproven by having Oklahoma Senator James Inhofe bring a snowball into the senate chamber, I believe we are all going to fry in Venus-like atmospheric conditions (Venus is 400 degrees Centigrade on the surface due to rampant greenhouse gasses like those emitted by the factories of Senator Inhofe’s primary campaign donors).  Some lies have fatal consequences, (and also, apparently, got Senator Inhofe the chairmanship of the Senate Science Committee).

But not all lies are bad lies.  Twain also says; “In all lies there is wheat among the chaff…”
– A Connecticut Yankee in King Arthur’s Court

And; “The lie, as a virtue, a principle, is eternal; the lie, as a recreation, a solace, a refuge in time of need, the fourth Grace, the tenth Muse, man’s best and surest friend is immortal.”
– “On the Decay of the Art of Lying”

So I have actually started to think that the lies not forbidden by the Bible because of their fatal consequences are actually all good things, and not bad.  Yesterday in a post about talking to stupid people, I suggested that you should tell them lies about how you care about them and want the best for them, and you should lie about it so hard that you believe in the lies yourself.  After all, story-tellers like me tell nothing but lies.  My made-up stories are based on real events and people, and reveal real perceived truths about life, but they are basically nothing but lies.  This essay is a lie.  I was brought up in Iowa to be truthful and always tell the truth… and that was repeatedly reinforced by religious training from every church I ever attended.  And yet, the more I tried to tell the truth, the more I realized that I could never say anything that was not a lie.  Think about it, what is there in all the factual things that you know that you can actually prove is true?  “I think, therefore I am,” (a quote from Rene Descartes) is the only thing anyone has ever said that I can prove by my own perceptions.  Every scientific theory is constantly reviewed for lies and untruth and inaccuracy so that they can be revised for something better that is also not ultimately provably true in every detail.  It is entirely possible that everything else truly is a lie, and then the whole universe, science, physics, logic, and everything is basically untrue.

So, what do I do?   Anything I say is a lie.  Some of the lies are hurtful, even deadly.  So I have to be careful about those lies.  I should fight against those lies.  But the lies that make our existence in life meaningful and full of hope and mystery…  I have to let those lies live, and even learn to do them artfully.

“One of the most striking differences between a cat and a lie is that a cat has only nine lives.”
– Pudd’nhead Wilson by Mark Twain.