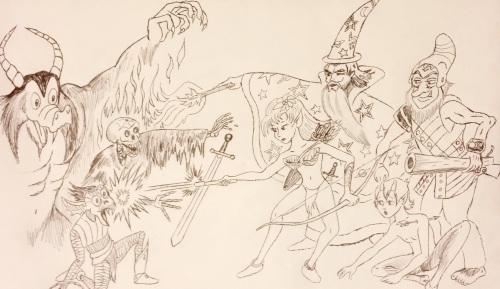 Dungeons and Dragons is a role-playing game.  That means it is about pretending to be a fantastic character and, with your group of players, collaborate on living in story that takes place on the table top, but mostly in the imagination.

But it is also a game about battling and winning or losing.  And the combat system is based on a role of the dice.

Cyrus the Cyclops faces off against a fire giant on the table’s edge.

Of course the dice thing is nerdishly complex.  There is a standard six-sided dice, but also an 8-sided, a 4-sided, a 10-sided, a 12-sided, and most importantly, the 20-sided dice.  The outcome of an attack depends on how high or how low is the number you roll on the 20-sided dice.  Rolling a 1 is a total disaster, making your attack wound an ally, or making your fireball burn you naked, weaponless, and hairless in the middle of the angry orc horde.  Rolling a natural 20 will automatically slay the fire-breathing red dragon.  Of course the numbers in between make all the difference.  If success is rolling a 15, but you only roll an 8, you will fail unless you have enough pluses in skills, weapon mastery, and magically enhanced weapons to make at least a plus 7.  That’s crystal clear and easy to understand, right?

In order to protect yourself from enemies who have big nasty weapons, there are armor bonuses that subtract from the enemy’s attack roll.  Ditty’s magical plate armor adds a minus 7 to whatever the zombie leader’s attack roll lands on.  And if the zombie leader’s ogre friend throws a magical bomb at Ditty, Ditty can make a saving throw to avoid the fiery death he would otherwise be entitled to. 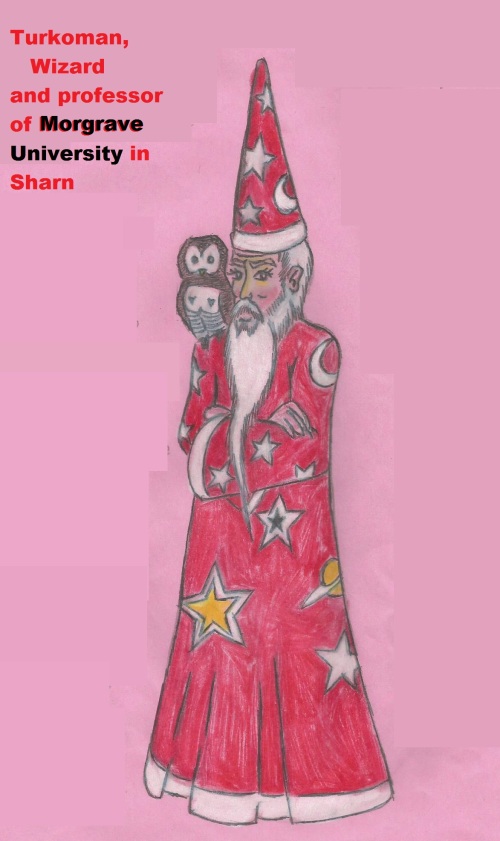 So, over time, the character has to build up the pluses and minuses that protect him and make him a more potent part of combat experiences.  It makes the players carefully build up and enhance their numbers.  And kids learn a lot about numbers and math by playing D & D.

Here, then, is the reason for all this wonkish nerdism.  It is the way the game works and the necessary process of making the game seem like any outcome is possible, even though the object is to complete the story and succeed in having an adventure.