I gave you fair warning.  Pogo has been coming to Mickey’s Catch a Falling Star Blog for a while now.  So, if you intended to avoid it, TOO BAD!  You are here now in Okefenokee Swamp with Pogo and the gang, and subject to Mickey’s blog post about Walt Kelly and his creations. 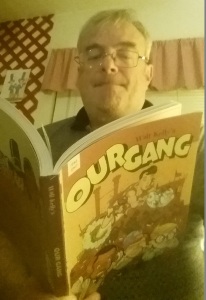 Walt Kelly began his cartoon hall-of-fame career in 1936 at Walt Disney Studios.  If you watch the credits in Pinocchio, Fantasia, and Dumbo, you will see Walt listed as an animator and Disney artist.  In fact, he had almost as much influence on the Disney graphic style as Disney had on him.  He resigned in 1941 to work at Dell Comics where he did projects like the Our Gang comics that you see Mickey smirking at here, the Uncle Wiggly comics, Raggedy Ann and Andy comics, and his very own creations like Pogo, which would go on to a life of its own in syndicated comics.  He did not return to work at Disney, but always credited Disney with giving him the cartoon education he would need to reach the stratosphere. 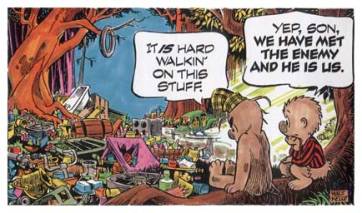 Pogo is an alternate universe that is uniquely Walt Kelly’s own.  It expresses a wry philosophy and satirical overview of our society that is desperately needed in this time of destructive conservative politics and deniers of science and good sense.

Pogo himself is an every-man character that we are supposed to identify with the most.  He is not the driver of plots and doings in the swamp, rather the victim and unfortunate experiencer of those unexpectable things. Life in Okefenokee is a long series of random events to make life mostly miserable but always interesting if approached with the right amount of Pogo-ism. 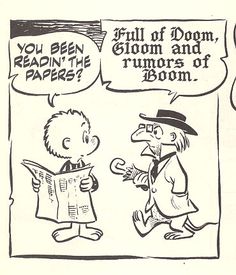 And Pogo was always filled with cute and cuddly as well as ridiculous.

As a boy, I depended on the comic section of the Sunday paper to make sense of the world for me.  If I turned out slightly skewed and warped in certain ways, it is owing to the education I myself was given by Pogo, Lil Abner, Dagwood Bumstead, and all the other wizards from the Sunday funnies.  There was, of course, probably no bigger influence on my art than the influence of Walt Kelly. 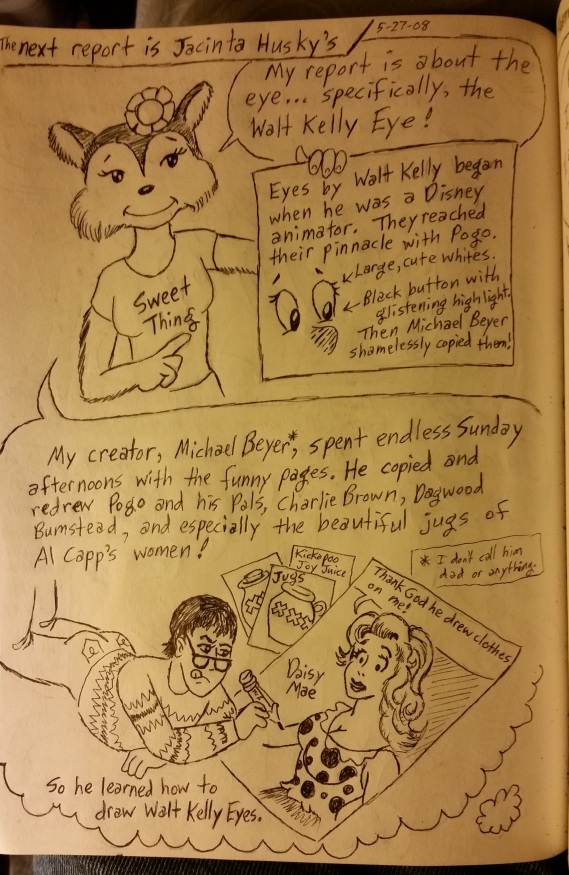 So what more can I say about Walt Kelly?  I haven’t yet reached the daily goal of 500 words.  And yet, the best way to conclude is to let Walt speak for himself through the beautiful art of Pogo.