You have probably gathered by this point that I like Albert Pujols.  Of course, that would be the wrong conclusion for you to draw.  I LOVE Albert Pujols.  And I am not alone.  Not only did the man take my favorite team from the doldrums of the 90’s to World Series titles in 2006 and 2011, but he did it with a work-ethic, a grace, and a power that restored my faith in a sport that had been rocked by scandal and steroid use.  He restored my faith in humanity.  He is not only a sports hero.  He is a really great human being… a super hero.  Did you watch the 60-Minutes’ piece?  There isn’t anything more to say about that.  Humility is part of the equation. 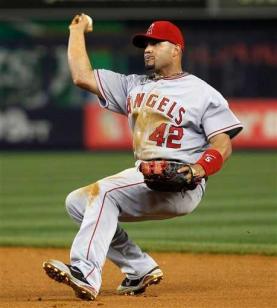 I got my love of baseball from listening to games on the radio with my Great Grandpa Raymond.  We listened to the Minnesota Twins take on the baseball world on KGLO Radio in Mason City, Iowa.  I heard Harmon Killebrew smack homers and Tony Oliva get key hits in crucial situations.  I followed the exploits of Rod Carew.  And then, the St. Louis Cardinals took over the 60’s.  They were in the World Series three times and won it twice.  Bob Gibson was pitching.  Lou Brock played Left Field and stole bases.  It was miraculous.  I would go on to live and die with the Cardinals every baseball season, even though I could only follow them through the newspaper and occasionally when they played the Cubs on TV.   Tim McCarver, Ted Simmons, Willie McGee, Tommy Herr, Ozzie Smith, Jack Clark, Mark Macgwire, Scott Carpenter, Scott Rolen…  If those names don’t mean anything to you then you are not really a baseball fan, and you probably didn’t read this far anyway.

Anyway… he did it.  600 home runs.  He is now part of an elite group in the record books.  And there is no doubt he is one of the best baseball players that ever lived.

Sad Times For a Cardinals’ Fan 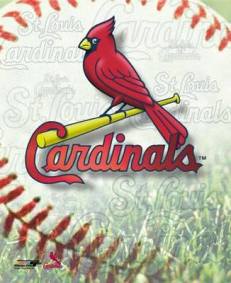 Yes, we are out of the playoffs.  Even though we won the last game of the year against the evil Pirates, we fell one game short.  The evil San Francisco Giants beat the hapless Dodgers.  No, that’s not quite right.  The EVIL San Francisco Bullies With a Glandular Problem beat the worthless Dodgers whom you can never depend on when you need them to win!  And so, believe it or not, I must now root for the Cubs to win it all in the National League.  Yes, the Cubs, even though they took the Cardinals out of the playoffs last year during the Cards’ 100-win dominant season, are the least detestable team still in the playoff hunt for the World Series.  Donald Trump may be the next president of the U.S.  The Fukushima nuclear plant has irradiated the entire Pacific Ocean.  Global warming is out of control.  And the Cubs might win the World Series.  Humanity is doomed.

But it gets worse.  I am also a loyal Arizona Cardinals fan (a condition I have suffered since they were the St. Louis Cardinals, before evil billionaire Birdy Bidwill moved them to Arizona in a petulant fit about stadiums and sky-boxes).

Last year the Cardinals were poised to be Super Bowl contenders.  Even though they lost last year to the Panthers, they were favored to be one of the teams in the big game this year.  But then they lost a squeaker to New England in the first game of the season.  They lost last week to a suddenly potent Buffalo defense.  And yesterday, the EVIL Rams not only snatched victory away in the 4th quarter, they wounded Carson Palmer again, this time with a possible concussion.  At one win and three losses, this will have to be a come-back season… if it is not lost already.  Maybe the world needs to end to put me out of my misery.

Yep, it had to happen.   The St. Louis Cardinals won a hundred games this season.  They overcame monstrous levels of injury and adversity.  They won without their best pitcher.  They won despite injuries to their All-star catcher and All-star left fielder.  And they were riding high going into the playoffs.

Life has been like that for me.  I told you in my recent post about bad omens that doom was looming again.  So, I will struggle forward, continue to fail, and try to laugh it off.  I’m not taking it personal.  It is only my life.

How long have I been a fan of the St. Louis Cardinals?  Since Bob Gibson and the World Series victories of the 60’s.  When will it end?  I have to know if there is baseball in Heaven before I can tell you.  And I believe there is.

A true baseball fan never abandons the team he or she loves.  They live and breathe and die with the team.  In the 1960’s I got to experience my Cardinals win the World Series against the New York Yankees and the Boston Red Sox.  I got to experience the defeat in seven games by the Detroit Tigers and Mickey Lolich their star pitcher in 1968.  And I followed them mostly by the sports page in the Mason City Globe Gazette.  And sometimes second hand when I listened to the Twins’ games on radio with Great Grandpa Milo Raymond.  I followed the individual players and their numbers.  Curt Flood, the center fielder was a vacuum cleaner with legs in center field.  Lou Brock could steal a base, though he was even more amazing at it in the 1970’s with veteran savvy and know-how on his side.  Gibson was extraordinary as pitcher.  And I followed the others too.  Dal Maxvill at short stop, Tim McCarver at catcher.  Mike Shannon at third.  And a fading Roger Maris in right field, having never reached the heights again as the Yankee slugger who hit 61 home runs in 1961.

I watched and waited in the 1970’s, when I could follow them on television at least occasionally.  I didn’t get more World Series victories that decade, but I listened to the ball game on radio when Bob Gibson pitched his no-hitter against the Pittsburgh Pirates.  I was giddy about the base stealing record that Lou Brock set in the 70’s, later to be eclipsed by Ricky Henderson.  I followed Ted Simmons, the catcher, and Joe Torre the third baseman.

The 1980’s brought more World Series with victory in 1981 over the Milwaukee Brewers, and losses against the Kansas City Royals and Minnesota Twins.  I invented some new cuss words the night the Royals came from behind to win the sixth game of the series because an umpire blew the call at first base that would’ve given the Cardinals the series win.  That bad call (the runner was clearly out at first) changed the series from a Cardinals’ win in six games to a Royals’ victory in seven games. 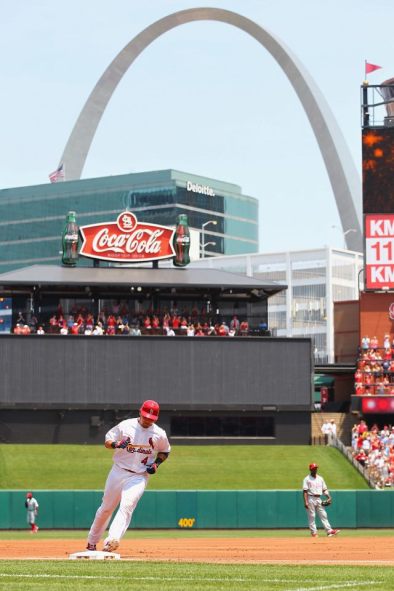 In the late 1990’s I cheered for Mark McGwire to break Roger Maris’ single season home run record.  I watched on TV as he did it, holding my young son in my lap and cheering loudly enough to scare all the cockroaches out of the house in South Texas.  It burned me later that the steroids scandals and Barry Bonds would later tarnish that moment.  But I lived it never-the-less, and it was a highlight of my life as a Cardinals’ fan.

And now, this year, as everything is going wrong in my life and my body is breaking down more often than my car does, the Cardinals are surging again.  They could win a hundred games this year.  They could win World Series number twelve.  We have history, this team and I.  And I am a devoted fan.  I can no more explain my love of the team to you than any baseball fan anywhere could ever explain to you why they love baseball.  Or what the heck Fredbird is all about.

But there it is.  We don’t wait til next year.  Not the Cardinals. 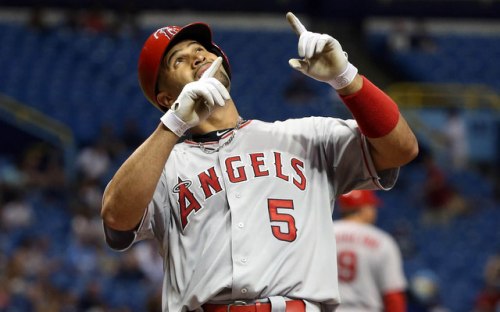 Albert Pujols will always be a Cardinal in my mind.  We won it all in 2011.