Last night the Princess and I went to see Alice, Through the Looking Glass, the latest Tim Burton movie.  Of course we loved it.  Burton is one of the most interesting story-tellers of our time.  Did you know he is two years younger than me?  And also, like me, he began as a cartoonist and is totally dedicated to the idea that every artist is a surrealist and must exaggerate, elucidate, equivocate, and numerous other things that start with the letter “e” and end with the suffix “ate” simply because that’s how surrealism starts.  You notice a little bit of weirdness in real life and blow it all out of proportion with lies and coloring of meaning and relentless “what-iffing?”  If you don’t see surrealism in those last two sentences of purple paisley prose… then maybe you can see it visually in Burton’s many masterpieces.

Tim Burton began his legacy as an apprentice Disney animator specializing in stop-motion animation.  But he was just another creative nobody like me until the launch of his small-budget monster hit, Pee-Wee’s Big Adventure.

Of course, any time you can pull in huge profits for little investments, you will have Hollywood executives ramming the heads of their unpaid interns like battering rams against your door so they can get in and throw money at you. 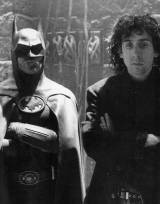 Batman was the first time I actually took notice of Tim.  And not just as a director of a film… eventually two films.  He was gifted at assembling a cast.  And this would work to his advantage as several singular talents attached themselves to him and worked in his movie projects repeatedly.

And his repeated collaboration with Danny Elfman and his music was easily as great a master-stroke of genius as John Williams with Spielberg and Lucas.

He has repeatedly used his movies to describe and rewrite his own life story as a misunderstood genius flubbing horribly in the quest to fit in with a world full of “regular people”. 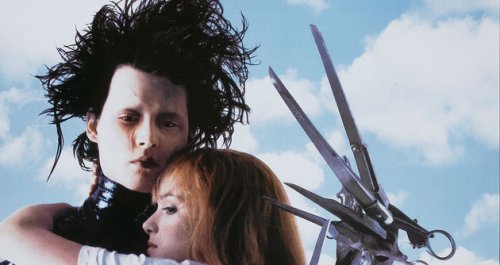 His sense of humor, of course, is distinctly and colorfully bizarre. 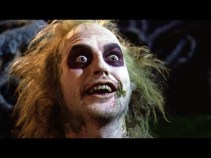 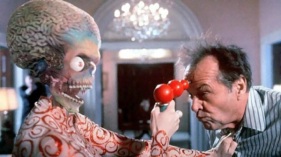 Burton is, just like me, a child of the 70’s.  He references things like the old gothic soap opera, Dark Shadows, that were a part of his impressionable youth just as they were mine.  He picks stories about things he truly cares about, and that is also just like me. 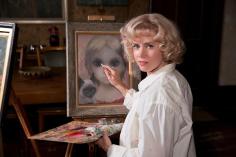 So, in a rather bizarre coincidence that is entirely appropriate to surrealists, I love any Tim Burton movie simply because it is a Tim Burton movie.  He is probably me in an alternate dimension.  And as such, I already know I will love his next movie, whatever the heck it is.