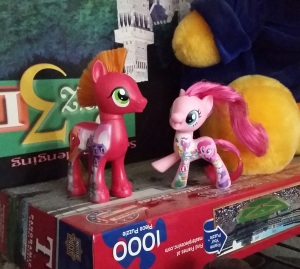 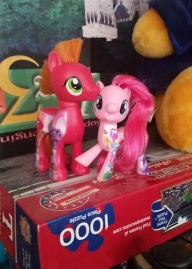 As Big MacIntosh welcomes more little ponies into my insanely large doll collection, I have been reading my published novel Snow Babies.  The novel is written in third person viewpoint with a single focus character for each scene.  But because the story is about a whole community surviving a blizzard with multiple story lines criss-crossing and converging only to diverge and dance away from each other again, the focus character varies from scene to scene.

Big MacIntosh finds himself to be the leader of a new group of My Little Ponies.

In Canto Two, Valerie Clarke, the central main character of the story, is the focus character.  Any and all thoughts suggested by the narrative occur only in Valerie’s pretty little head.  Canto Three is focused through the mind of Trailways bus driver Ed Grosland.  Canto Four focuses on Sheriff’s Deputy Cliff Baily.  And so, on it goes through a multitude of different heads, some heroic, some wise, some idiotic, and some mildly insane.  Because it is a comedy about orphans freezing to death, some of the focus characters are even thinking at the reader through frozen brains. 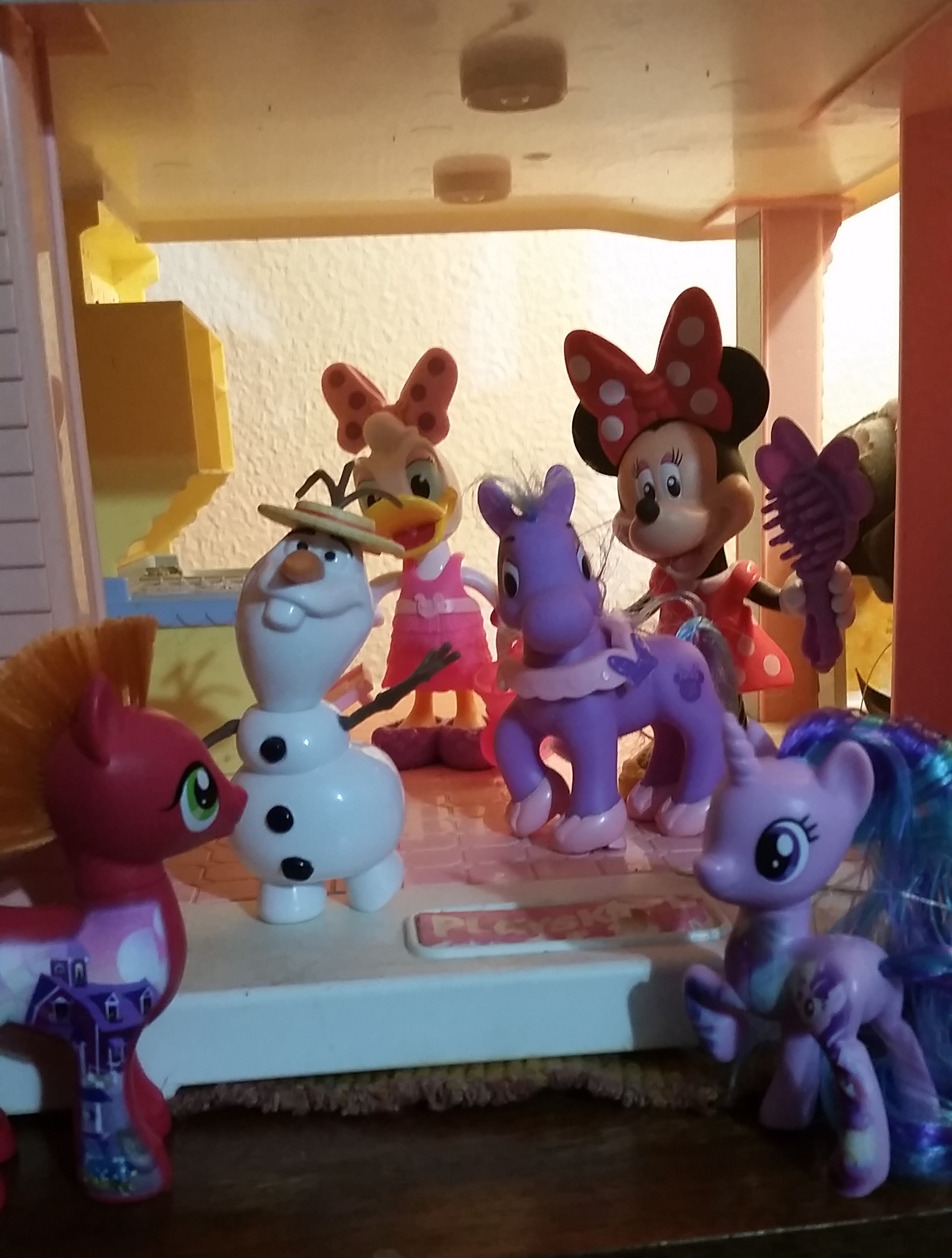 The ponies decide to visit Minnie Mouse’s recycled Barbie Dreamhouse where Olaf the Snowman is the acting butler.

That kind of fractured character focus threatens to turn me schizophrenic.  I enjoy thinking like varied characters and changing it up, but the more I write, the more the characters become like me, and the more I become them.  How exactly do you manage a humorous narrative voice when you are constantly becoming someone else and morphing the way you talk to fit different people?  Especially when some of your characters are stupid people with limited vocabularies and limited understanding? 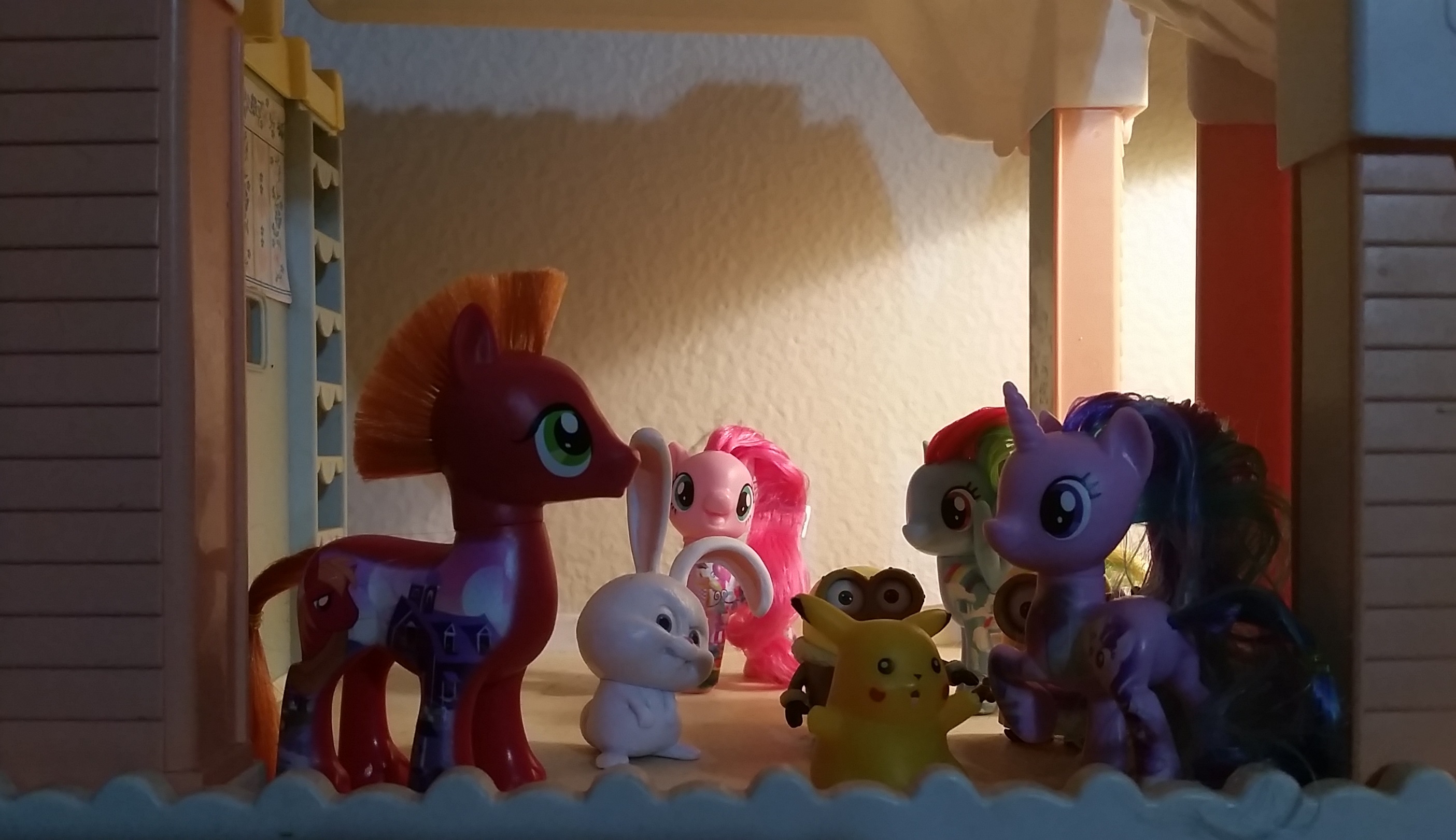 The ponies are invited to live upstairs with the evil rabbit, Pokemon, and Minions.

I did an entire novel, Superchicken, in third person viewpoint with one focus character, Edward-Andrew Campbell, the Superchicken himself.  That is considerably less schizophrenic than the other book.  But it is still telling a story in my voice with my penchant for big words, metaphors, and exaggerations.

The novel I am working on in rough draft manuscript form right now, The Baby Werewolf, is done entirely in first person point of view.  That is even more of an exercise of losing yourself inside the head of a character who is not you.  One of the first person narrators is a girl, and one is a werewolf.  So, I have really had to stretch my writing ability to make myself into someone else multiple times.

I assure you, I am working hard to find a proper voice with which to share my personal wit and wisdom with the world.  But if the men in white coats come to lock me away in a loony bin somewhere, it won’t be because I am playing a lot with My Little Ponies.