Last night my wife and my daughter the Princess went with me to the movie musical The Greatest Showman at the dollar movie.  I was enchanted.  My wife laughed at me for how much the movie made me cry.  But it was a very touching and timely movie for me because it was about pursuing dreams in spite of economic hardships.  The award-winning songs promote with energy and stunning beauty the notion that you should follow your passion no matter the risk, and that choosing to do so will produce rewards as long as family and love are with you and along for the ride. 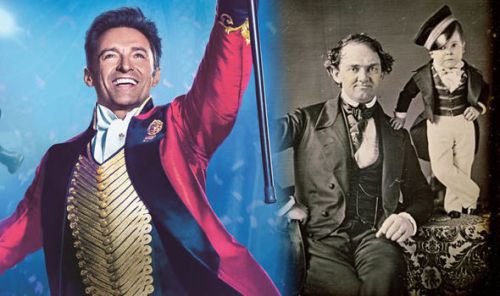 Of course, one has to remember that the whole story is based on the life and work of Phineas Taylor Barnum, a man who is a lot more like Donald Trump than he is Hugh Jackman.  I really doubt he could sing and dance the way the movie portrays him.  And words like “humbug”, “fraud”, and “exploiter” apply to him in a very real way.

Barnum was actually one of those wheeler dealers who wants to control the story.  He actively found ways to alter the public narrative about himself and used criticism to help promote his money-making shows.  The idea of bad publicity being just as good if not better than good publicity actually makes its presence felt in at least one scene in the movie.  There is ample evidence that more than a little of Barnum’s efforts were aimed at making himself a star.

And although the movie sentimentalizes his exploitation of freaks and special individuals, giving him credit for giving them self esteem and a means to make a good living, that was really only the fictional Barnum created by Barnum’s own media efforts. 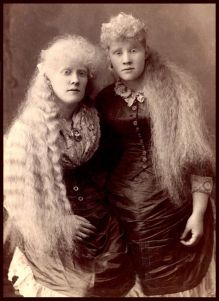 The truth of the matter, though far more fascinating than the movie version of Barnum, does not make for a good musical libretto.  In the movie the theme of special people outcast from the society because of their uniqueness coming together to support each other in a circus is strongly woven into both the story and the music.  The song “This is Me” performed by Keala Settle playing the part of bearded lady Lettie Lutz is a powerful anthem for everyone who feels smaller than they really are because of prejudice, bullying, racism, sexism, or any of the other forms of moronic stupidity that humans are so often guilty of.  I have to admit, the song made me cry even as it filled me with joy.  The musical score of this movie is one that I intend to listen to again and again and again.  It makes the circus seem like an answer to life’s problems.  It is the same feeling that I got the first time, and every time, I ever saw the circus with all its clowns and jugglers, acrobats and lion tamers, bare-back riders and elephants.  And I knew it was all illusion.  All humbug.  But it was pure joy worth the price of the ticket never-the-less.

The movie was only rated 56% fresh on Rotten Tomatoes.  But I rarely pay attention to things like that.  This musical goes into the category with The Sound of Music, The Music Man, Oklahoma!, and Mary Poppins of musicals I can’t live without.  Never mind the greedy little man that it is based on.  This movie is about big dreams and even bigger achievements.  And it is well worth the price.