I didn’t realize that nudists were going to have an impact on my silly blog.  But they did in a very large way (percentage-wise based on my embarrassingly minuscule successes with Catch a Falling Star).

It began when I offered my services as a blogger to a nudist website seeking blog posts about first time experiences as a nudist.  Which was a goofy thing to do considering I had no intention of being a nudist until I made that decision based on encouragement from friends who were already nudists.  If I wasn’t going to publicly take my clothes off and walk around naked, I shouldn’t have made such an agreement.  But, sometimes I deal with depression by doing things that set my adrenaline pumping.  So I agreed I would visit a local nudist park and write a blog about it.  That started my nerves vibrating and my heart beating again. 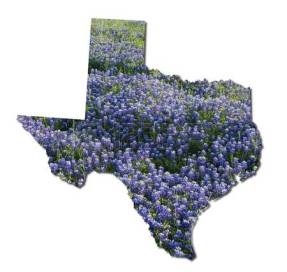 I went to Bluebonnet Nudist Park near Alvord, Texas on a day when my family went to a theme park in San Antonio without me because my ability to ride roller-coasters is a thing of the past (for a number of health reasons).   I put in some outdoor naked time with other naked people, and though it made my heart thump faster, it was actually an enjoyable thing.  I was wise enough to use a double layer of SPF 50 sunblock to keep my most personal parts from being toasted with Texas sunburn.

A picture of me enjoying the shade at Bluebonnet Naturist Park  (I know I promised not to show you my scary bare carcass, but at least this portrait of a nudist doesn’t actually reveal any really scary bits.)

I then wrote a blog post about it here the day after, called The Naked Truth About That Idiot Mickey.  It was supposed to be cute and humorous, though slightly off-beat and risque.  Then, two weeks later when I cancelled out on a second visit, I wrote another essay called Becoming a Nudist.  Again I was trying for self-deprecating humor with a touch of tongue-in-cheek puckishness.  Then, a gentleman who goes by the name of The Militant Negro with a very eclectic and thoughtful blog decided to do as he usually does when re-blogging my blog posts, he picked the most embarrassing one he could find.  (He previously re-blogged a doll-collecting post about Beautiful Barbie Dolls.)  Somehow the bloggers of clothesfreelife.com got hold of that post, either from that initial re-blog, or from Twitter, and re-blogged it on the website I linked at at the start of this essay.  So my first nudist blog turned out not even to be for the website I had originally agreed to blog for.  (I have not heard back from that submission yet.)  But that nudist website was actually good for my blog.   Nudist-website-readers have been tuning in.  More than 50+ views every day since Becoming a Nudist was first re-blogged.  They also found such blog posts as Be Naked More and Why Do You Think That 4? All People Are Nudists Under Their Clothes and cemented them as among my most viewed posts.

So, now I am inexplicably popular as a naked writer.  Who could ask for anything more?  It certainly serves as an unusual talking point in family discussions.