State of all the land…

Joy on every hand…

That’s where the tall corn grows!” 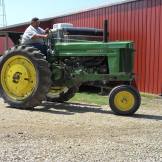 Yep, I was an Iowa boy.  I sang that stupid song with pride, though we never once called our home State “Ioway” outside of that song.  I have driven a tractor, made money for pulling buttonweeds out of soybean fields with my own two hands, watched the wind ripple the leaves in the cornfields like waves on bright green ocean water, and hid in the basement when we believed a tornado might come and destroy our house.  Life in Iowa is made up of these things and many more, don’t ya know. 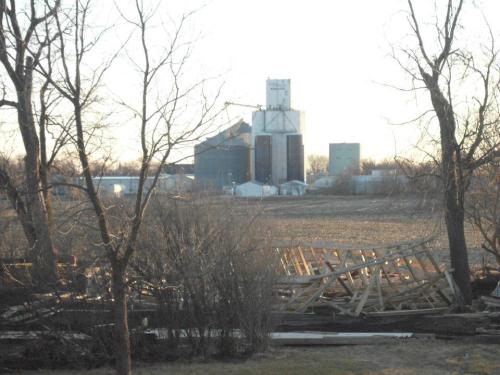 And of course, I learned to tell corny jokes along the way.  That’s a must for a quick-wit-hick from the sticks.  Pepsi and Coke and Mountain Dew are “pop”, and when you have to “run down to the store” you get in your car.  You don’t have to do it by foot.  And other Iowans know this.  You don’t even get the raised eyebrows and funny stares that those things evoke when said aloud in Carrollton, Texas.  You have to explain to Texans that “you guys” is how Iowegian speakers say “y’all”.  Language is plain and simple when you speak Iowegian.  You have to follow the rule of “Only speak when you’re spoken to”.  Iowans are suspicious when somebody talks first, especially if you haven’t known that somebody for their entire life.  That’s what an Iowan calls a “stranger” .  “Frank is from Iowa Falls, and he’s only lived here for twelve years, so he’s still a stranger around here.”   So large portions of Iowegian conversations are made up of grunts and nods.  Two Iowegians can talk for hours saying only like ten words the entire time.  “Yep.  You bet.”

But that only applies when you are outside the confines of the local cafe or restaurant or beanery or eatery or other nesting places for the Iowegian gossiping hens and strutting roosters.   Inside these wordy-walled exchanges for farm lore and lies there is no end to to the talking.  And because the mouths are already in motion anyway, there is also no end to the eating.  You are not too likely to see skinny farmers.  But farms and farmers definitely affect the quality of conversations.  In Iowa you have to learn how to stuff good grub in your pie hole in spite of the fact that farmers have decided to compare in detail the aromas associated with putting cow poop in the manure spreader (back in the day, of course) and mucking out a layer of toxic chicken whitewash from the chicken coop.  Perfect topic to accompany that piece of lemon meringue pie (which is the perfect color to illustrate the chicken side of the argument).  And, of course, if you have a family of health-care and service professionals like mine (mother was a registered nurse for forty years), you get to add to that discussions of perforated gall bladders, kidney resections, and mean old biddies that have to be helped on and off the bedpans.  You must develop a strong tolerance and an even stronger stomach, or you are doomed to be skinny and underfed.

And since Iowegian is a language that is very simple, direct, and mostly about poop, they practically all voted for Trump.  Like him they never use transitions more than starting sentences with “And” or “But”, so they understand him mostly, even though there is no chance in H-E-double-hockey-sticks that he understands them.   It’s what allowed them to elect a mouth-breathing troglodyte like Steve King to the House of Representatives, and I can say that because they have no idea what “troglodyte” means, and will probably think it is a complement because it has so many syllables.  Insults have four letters.  Politics in Iowa is simple and direct too.  Basically, if you are not a Republican you are wrong.  Of course, somehow the State managed to go for Obama over Romney, but that was probably because, to an Iowan, neither one was right, and Mormons are wrong-er than anybody.

So there’s my brief and beautiful bouquet of Iowegian words and their explanatory weegification.  I know there is a lot more to say about how Iowegians talk.  But I can’t say it here because my short Iowegian attention span is already wandering.  So let me wrap it up with one final weegification (yes, that is a made-up word, not a one-time typo mistake).

9 responses to “Speaking in Iowegian”