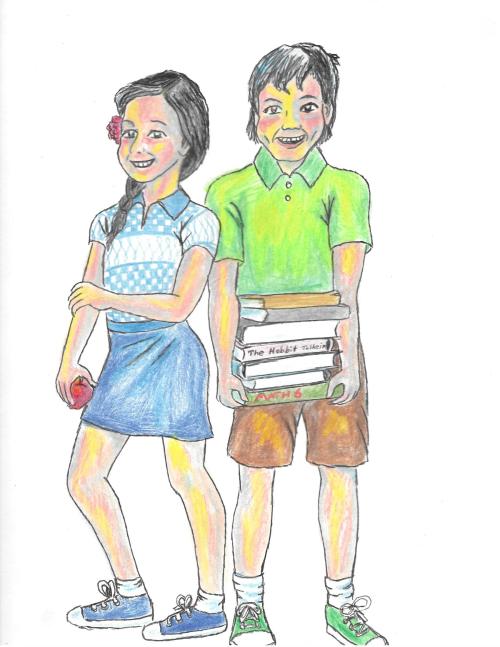 Mike Murphy and Blueberry Bates are recurring characters in my hometown novels.  So far they have appeared in The Bicycle-Wheel Genius and Magical Miss Morgan, both of which are now published and available through Amazon.

The Bicycle-Wheel Genius is now available on Amazon through this link;

Magical Miss Morgan is available through this link;

The first book documents their star-crossed romance, beginning as ten-year-olds and following through until they are going on thirteen.  Blueberry is a girl with a terrible secret.  She is not like other girls and has to protect this secret, which will only become harder and harder to contain as time goes on.  She lives with her father who barely notices her, an aunt, her father’s sister, who knows the secret and punishes Blueberry for it, and her two older sisters who cherish her and dote on her, and probably are the only reason she is still alive.  Her mother, unfortunately, died when she was a baby.  But both books she appears in so far are comedies.   I will not go into the possible tragedies lying wait in ambush for her in her distant future.  The tragedies are simply not funny enough to be a part of everything.  Like many of my characters, she is based on people from my own life and experience.  She is a combination of a girl I once loved and a boy I once taught.  If that’s not confusing enough, I can add that Blueberry loves to draw, a detail that comes about because she is also partly based on me.  She particularly loves to draw pictures of Mike Murphy.  She might have drawn the next Paffooney (if she were a real person and not just some made-up girl that only lives in my weird old imagination). 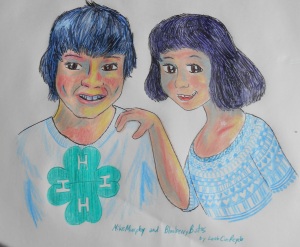 Mike Murphy is a Norwall Pirate.  Not just any Pirate, but their best athlete, tree-climber, and wild-story believer.   He does everything the Pirate leader, Tim Kellogg, (the grand and glorious and mostly notorious Pirate leader) thinks up for him to do.  He believes every lie Tim tells him, and faithfully defends the Pirates and their leader, even when it gets him detention (again!) from their favorite teacher, Miss Francis Morgan.  He starts out running away from Blueberry, as any red-blooded, normal American boy would.  But he eventually lets her catch him, as any red-blooded, normal American boy would at about that age, the middle of the wonder years.  He becomes her best friend and greatest white-knight-sort-of protector, even though he is torn between that and loyalty to Tim and the Pirates and the lies they tell.

I am now planning a third book that will allow these two characters to adventure together.  I will call this novel Kingdoms Under the Earth.  It will begin with Blueberry being kidnapped by evil flu fairies that take her away to the dark parts of the fairy world under the surface of this world in a feverish coma. Mike Murphy must decide to follow her and rescue her, which he will do via the bad advice of a fairy friend, kissing Blueberry on the lips, contracting her disease, and sharing in her comatose suffering.  Then Mike’s best friend, Tim Kellogg, and his big sister Dilsey both agree that they must follow also to help rescue both Blueberry and Mike.  It will be a great adventure through illness, imagination, and the many hidden kingdoms of fairy magic that lie directly under our world.

Now, I suppose you are wondering why I am giving you details about characters in a book, or rather books, that I haven’t even finished writing yet.  Well, if you are dedicated enough to reading my loopy and boring old posts to get this far, it is probably safe to tell you that I don’t really know either.  I also want to find out.  What do the next sentences say?  Oh, yes.  Mike Murphy already exists as a Pirate in my published book Catch a Falling Star.  He is an established character that I have to twist and tweak into fitting into new stories.  Blueberry has been prancing around in my imagination and drawing colored-pencil Paffoonies since the 1970’s, but I am only now weaving her into the stories I have in me and are burning with a red-hot flame to get told.  So I’m not completely crazy to do this.  Only about ninety percent… right?