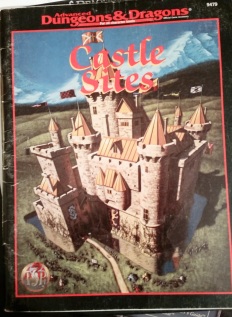 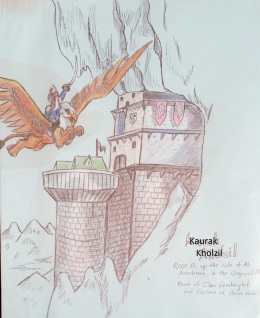 I could very easily have titled this post “How to Use a Published Adventure to Establish an Adventure Site“.  I didn’t because that title would be ridiculously long and foolishly boring.   People already click past my posts at near the speed of light.  So, instead, I used the name of the dwarven castle in the above published Dungeons and Dragons supplement from 1995.  The name means “griffon nest” in the Kundarak dwarven language.

The supplement provides the interior floor plans of the castle embedded in the mountainside.  It saves a lot of work.  Making castle floor plans takes time. 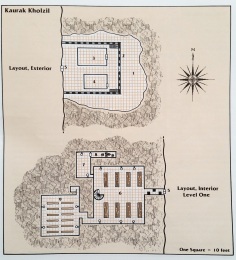 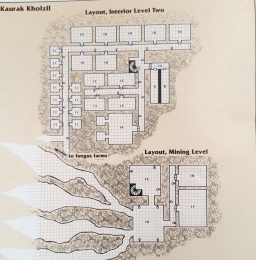 Once you have the place established, then you have to populate it with non-player characters.  This dwarf castle has a mining operation.  You only reach the castle site by air, so there is an exterior tower that contains a griffon aerie.  You have to ride a griffon to enter the castle. 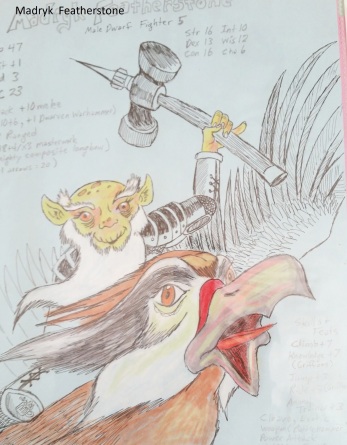 If you don’t have a crazy griffon rider like Madryk Featherstone to give you a ride through the air to the castle in the side of the Graywall Mountains, then you have to come through the mines which are so deep they connect to the underworld. 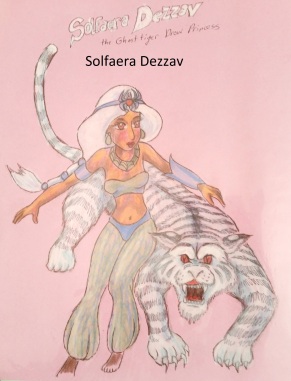 Solfaera Dezzav, the drow dark elf, was exiled by the drow people in the underdark of the Khyber realm.  She came to Kaurak Kholzil as a refugee and helped to set up the protective network that shields the castle from the terrible things that lurk under the mountain. 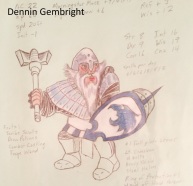 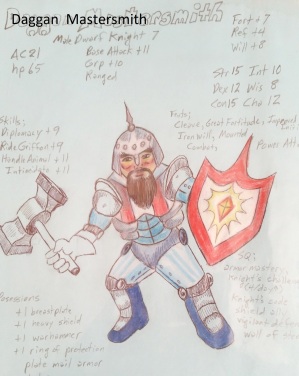 The rulers of Kaurak Kholzil are Daggan Mastersmith, the King Dwarf, his wife, Rorrina Gembright Mastersmith, and his father-in-law, Dennin Gembright.  They mine the precious and martial metals of Kaurak Kholzil.  Daggan is a particularly severe and demanding ruler, rather joyless and humorless.  His wife is much younger than he and is a bright soul who often suffers in the darkness her husband rules.  She often seeks solace and entertainment from visiting adventurers.  Dennin, the old dwarf, once ruled here.  but now is a bit of a doddering buffoon, no longer capable of thinking in straight lines. 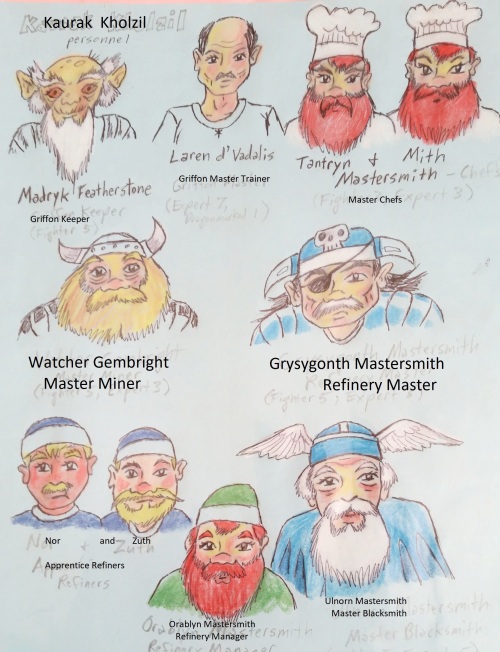 Of course, there are a lot of other colorful characters that live in Kaurak Kholzil.  They all have their personality quirks and know things that could lead to future adventures. 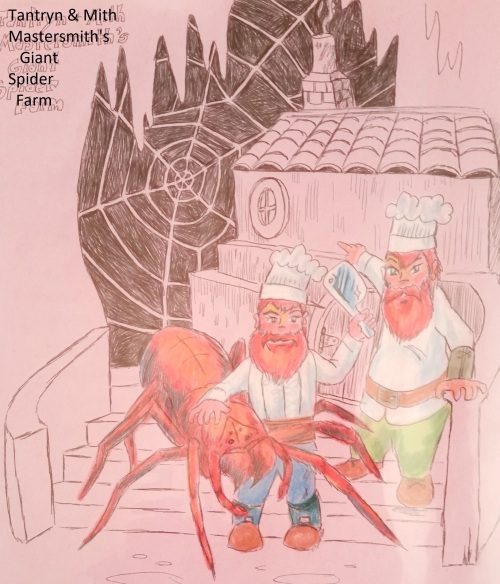 Some of them, like the Mastersmith Twins who raise and cook giant spiders to feed the castle on spider steaks, are potential comedy relief.  But they can also serve as noble castle defenders, using meat cleavers and enraged spiders to take on any invaders.

So there is a little insight into the mind of a dungeon master who steals good adventure ideas from published sources and embellishes them at will to continue to make the game interesting.  If you are a dungeon master too, feel free to steal all these ideas for your own D & D game.

Some people might say I was born in the wrong century.  I love castles and knights and everything medieval.  Of course, the Dungeons and Dragons part of my life, my twenties and early thirties (1980’s and 1990’s) only made the situation worse.  I am cursed by a desire to build castle walls. 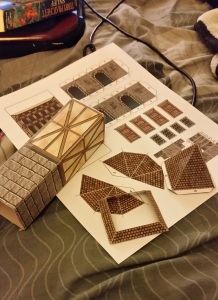 I mean both figuratively and literally, of course.  I have blogged already about incessant cardboard constructions that I can’t help but build and add to my ever-increasing set of Dungeons and Dragons toys.  And always it is for the sake of the story.  I love not only making the castle walls and castle buildings, but also the castle people.  It flows in an unbroken stream of goofiness from cardboard and paper to brick and wooden towers and finally to knights and wizards and commoners and goblins.  It takes all kinds to fill a kingdom. 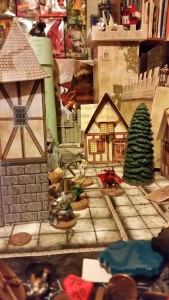 Figuratively, I keep hoping to build ramparts against the coming enemies that I know are lurking, waiting to attack and take my life.  I have six incurable diseases and am a cancer survivor.  I had two benign lumps removed from my body this school year.  I can no longer teach because of health.  I can’t supplement my retirement income, because part-time jobs I can physically do are either too distant to travel to or simply not available.  The Dire Wolf of Poverty and the Grim Reaper are both sniffing around my barbican, looking for the way inside the castle.

But I continue to people my castle with new and fascinating folk.  Endless elves and half-elves, were-creatures, and halflings all take up residence in my imaginary castles.  They take over my art, my house, and sometimes… even this blog. 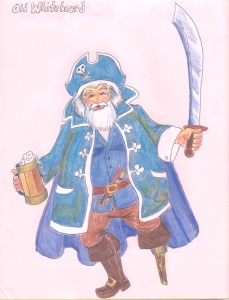 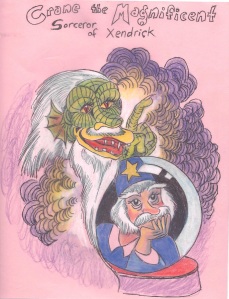 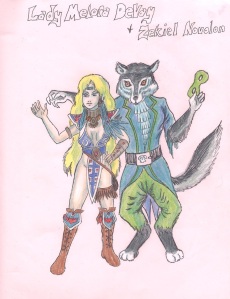 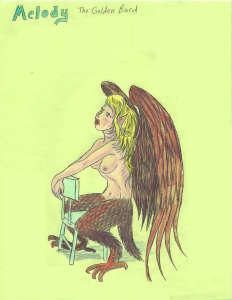 These are just a few of the interesting folks I’ve invited into my house and my life through the windows of my imagination.

And the most fascinating thing about this whole castle-building thing is that it touches my life in so many places.  I am sincerely addicted to castle-building games on Facebook like Magecraft and Stormfall. 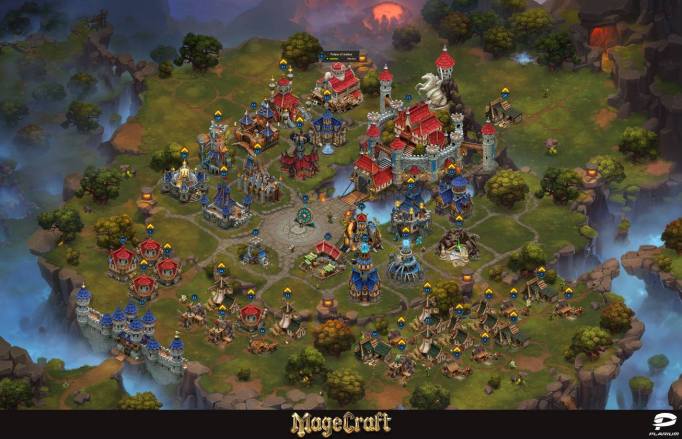 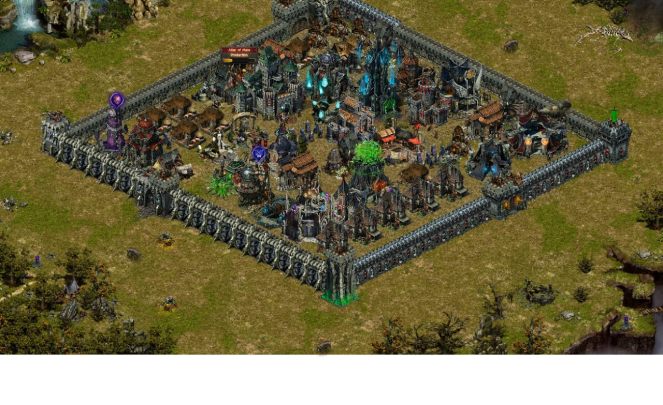 I have used those moments when I am waiting for things… telephone calls to insurance offices that put me on endless hold, those times after midnight when body aches wake me and I can’t get back to sleep, winding down after doing whatever yard work or house work that I can, and even when I am in the pre-writing stage letting ideas percolate.  I came up with this lame idea for a blog while watching my troops take down marauders in Magecraft.  And these games let me people the castles too. 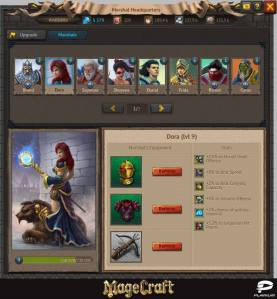 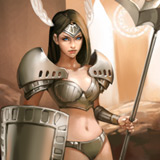 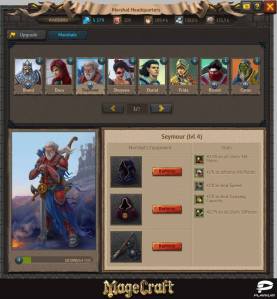 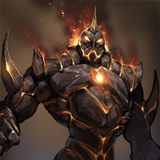 So I spend a good share of my days now building and mending castle walls.  Of course, I know the enemies I am trying to defend against are both undeterred and unimpressed by castle walls.  They are immune to my vain attempts at constructing defenses.  But even though the darkness looms on the horizon, I still have some of my bright, shining day left.  And there is something majestic about castles with towers and walls. 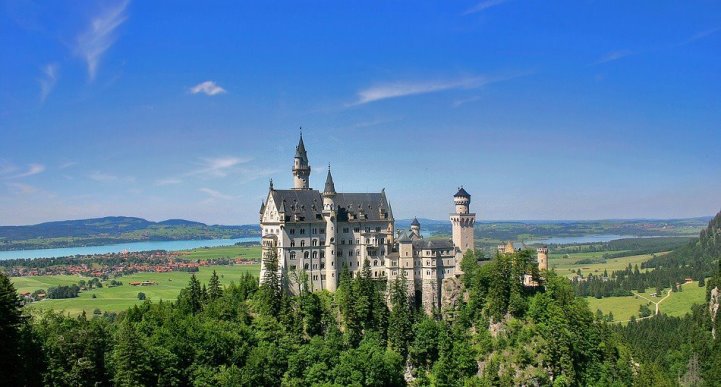