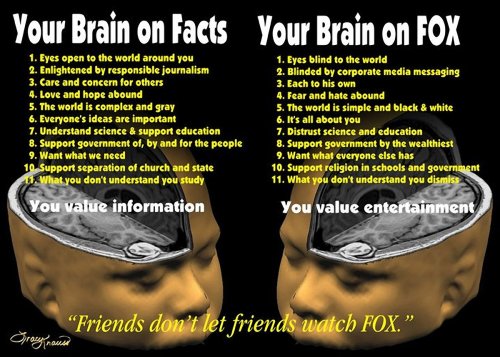 I am trying to cut down on political notions and noodling in this blog.  It is like sugar to a humor writer.  The easy laughs are sweet, but if you are diabetic, they will eventually build up and kill you.

But between Twitter-tweeting twit-wits and Facebook false-fact fools, I keep getting drawn back in.  The gang of kids I grew up with in Iowa are seriously infected with Tea Party propaganda now that they are old coots like me, and continue to vote for Teabagger trolls (And I mean literal trolls.  Steve King, Congressman from Iowa, has green skin and lives under a bridge… and maybe eats foolish children when they try to cross) for public office.  And of course, I live now in Texas where gun-toting cowboys look at you intently to find any possible reason to shoot you and then thank Jesus if you are fool enough to give them one (like admitting to be mostly a Democrat in your political persuasion).  They want to argue anything and everything I post on Facebook.  Apparently even my bird pictures and cat videos politically offend them.

Oooh!  This one really offends Teabaggers… especially the ones who make $25/hr or less.

Can you pick out the Trump voters in this line?  All of them maybe?

And I am not suggesting that people who voted Republican in the last election aren’t as smart as my side.  I waited until now in this essay to say that, because the childhood friends and family members in that group who read my blog will have all stopped reading by this point.  I really don’t need to give them any more ammunition for Facebook and dinner table arguments.

But my side of the table are not wholly guilt free. 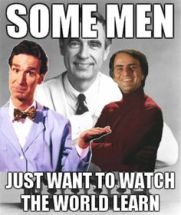 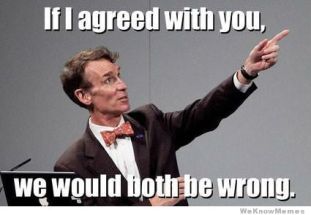 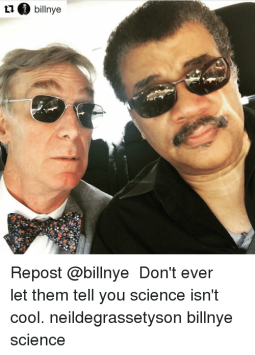 I regularly tweet or post things like these, innocently believing these heroes of the heart and mind have universal appeal because they champion truth and science and facts.  But I become alarmed when I learn how much Bill Nye offends them.  They tell me, “That guy is not a scientist!  He has no right to argue for climate change issues or the non-existence of God.  He’s just a TV guy.”  And, I suppose they have a point.  I mean, his extensive education and background in engineering, or his years in television promoting science to kids in research-based creative ways, doesn’t necessarily make him an expert on all science.  And Neil DeGrasse Tyson is an astrophysicist.  He doesn’t have a degree in EVERYTHING.  And when I point out that their so-called experts on climate-change denial from Fox News cannot even claim to be TV weathermen, they are further put out by my brain-bashing bullying way of using my superior knowledge of science to put them down.  Okay, I get it.  I am not being careful enough of your feelings.  (Oh, I forgot, you stopped reading this a while back.)

But the point of this is, we have to stop listening to and electing stupid people, while at the same time being a bit nicer to each other.  We have to approach the discussion with the notion that you yourself may not be totally right about everything, and you may actually learn something by talking about it.  (Which is, of course, no problem for me since I really don’t know anything for certain and need to learn practically everything as if I were still four years old.) 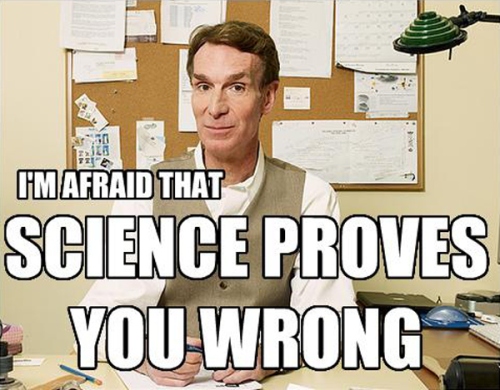 Okay, Bill, I get it.  I am probably wrong about that too.