Is There Intelligent Life in This Universe?

Speaking from empirical scientific proof supported by data and experiment…  I would have to say NO.

I mean, seriously, the Roswell saucers crashed because of a little electromagnetic interference.  And if you think about this planet… Donald Trump?  Are you kidding me? 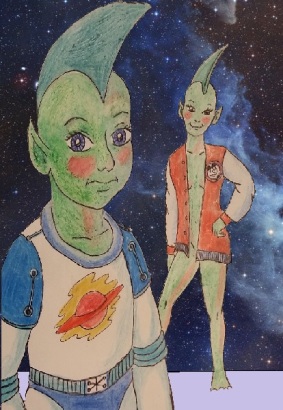 These are Tellerons, not intelligent alien lifeforms.

So there is simply no evidence that intelligent life exists anywhere in this universe.

“You are evidence of that,” you say, “since you apparently believe the government has been covering up the existence of aliens since 1947.”

And you would be right.  I am not claiming to be intelligent.  I am not monkey-headed stupid either.  And the government has been covering up the existence of visitors from other worlds since they took possession of the crashed space ship, or possibly two spaceships, from Roswell, New Mexico.  The stupid part is that their efforts to cover it up and change the story are proof that it is true.  Nobody goes to that much effort over that many years just for a bit of a goof-play.

The reason the aliens were there looking around at an army air base is fairly obvious.  What did the army air corps do in 1945 in Japan after all?  The little gray guys were just worried about what their stupid neighbors were up to.  Sooner or later, you know, stupid neighbors will mess all over your own back yard.  So they came to investigate and stupidly got caught in a lightning storm, or possibly an Earther monkey-people weapon system.  We are obviously dangerous enough for that.

So speaking of empirical evidence, you have a chain of stupidity causing event after event, and all of it subverted by dishonest attempts to keep people from knowing the truth.  Humans from this planet were stupid enough to use a couple of nuclear weapons to murder other humans.  This is documented stupidity.

If you believe the military and U.S. government, then you believe that they were using Project Mogul balloons to monitor Russian nuclear weapons development and crashed one of their super-secret balloons.  Then the government officials misidentified their own balloon and okay-ed  a newspaper report that the army had recovered a flying saucer.  Immediately after being chewed out by a general, they then published a retraction newspaper story claiming the debris was a weather balloon, substituting pictures of crap from a real weather balloon that looked nothing at all like a flying saucer, and removing the top secret balloon crap so the Russians couldn’t learn that they were using balloons in the New Mexico desert.  More documented stupidity.

And if you don’t believe the military and U.S. government, then  you are probably considering the eyewitness testimony of people who were there and saw things and heard things and were then threatened by military goons to be quiet or be disappeared into the New Mexico desert.    Now, eyewitness testimony is not considered absolute proof because witnesses can be unreliable and even tell lies.  But hundreds of people?  Who corroborate numerous rumors and details?  Even people like intelligence officer Major Jesse Marcel who would later reveal stunning details to UFO investigators?  And you can’t guarantee silence from witnesses, even with threats, especially over time.  But the fact that the government tried?  Yep, documented stupidity.

So, is there intelligent life in this universe?  There is definitely life.  But intelligent life? The evidence says “NO!”  And remember, we elected Donald Trump to be our leader. 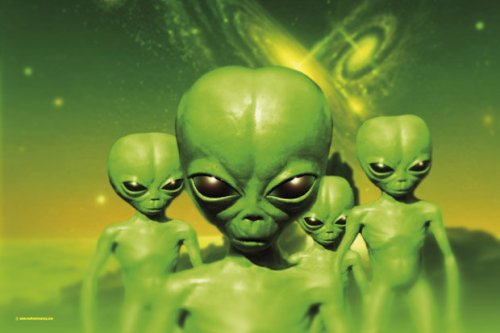 7 responses to “Is There Intelligent Life in This Universe?”