I now have six good books and one embarrassing one published.  They represent stories I have been crafting, revising, telling, and retelling for over 40 years.  They represent things that happened to me in real life and people I have known and loved in real life that have all been transformed in the wizard’s crucible and witch’s cauldrons of my bizarre imagination.  They contain some of my best magic spells and some of my most worthwhile wordsmithing, by which I mean writing in ways that give the spellchecker fits. 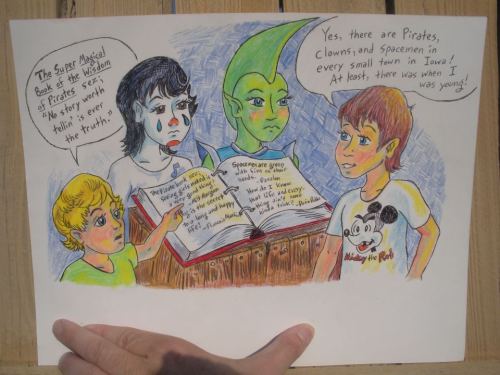 I tried to tell you this story about telling stories yesterday, but my computer glitched and burped and spontaneously deleted more than half of what I wrote just as I was finishing it to publish it.  So the complex part I had planned to  explain this Paffooney was lost and the resulting tantrum I threw kept me from remembering and rewriting.

But it was fortunate that I delayed the repair of this post until today.  Because last night my daughter finished her end-of-the-year art project for school, and the snafu-demons have inadvertently given me the opportunity to include it here. 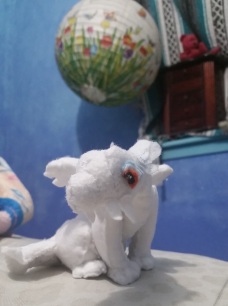 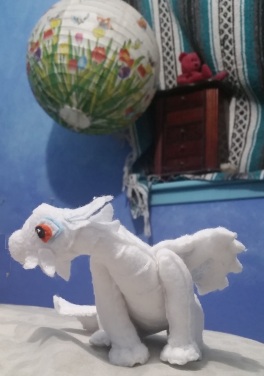 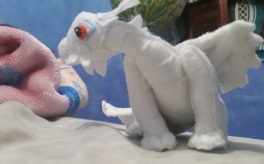 It is a soft sculpture dragon made of felt and hand-sewn.  She didn’t tell me what his name is, or even that it is a him, but one can imagine that it must be something like Rumple-Tum Sneezer,  or something equally awkwardly foolish like that.  One can imagine it because one has a slightly off-kilter and Disney-demented imagination.  But the whole project took a boatload of time, and you can see she crafted it with great care and skill.

Treasure takes time to create.  We who attempt to create it in the red-hot forges of our stupid little creative heads put all the skill we have acquired over time into it.  And the endeavor renders something of value almost every time.  Time… time… time… Treasure takes time.  And now I need to hurry and publish this before the computer tries to fart it all away again.