When you play Dungeons and Dragons the way we constantly do, it helps to have an over-all campaign, a world created by gifted imaginers to play in and use as the setting for all our adventures. 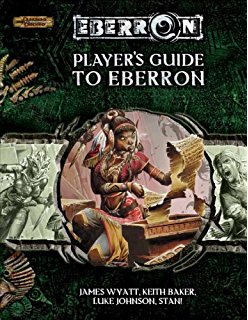 There are good published campaign worlds to choose from.  We chose the Eberron world because it was so thoroughly magical and and steam-punk in nature and artwork.

This is a world where magic and alchemy have taken the place of science in the world’s technology.  Instead of airplanes, the magic-technicians known as magewrights in Eberron bind the living air and fire elementals to their ships and use elemental magic to fly. 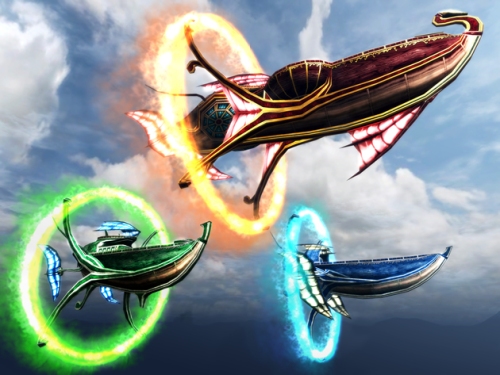 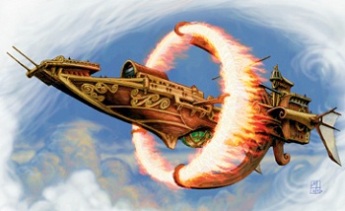 Even robot-like constructs called warforged are built by magewrights to become, not only warriors to fill out armies, but sentient individuals with personalities and complex problems and emotions.  Book in the illustration above is a warforged wizard.  Book is his name.  Warforged are very simple artificial people… but also complicated.  They name themselves after weapons, armor parts, and random things. 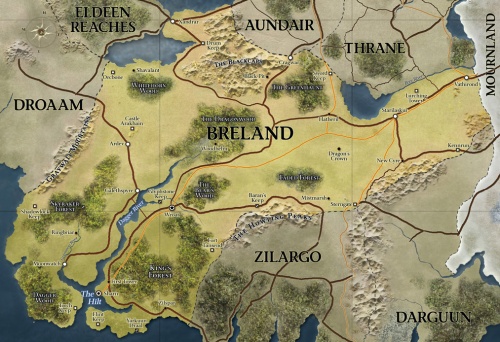 A campaign world provides places and non-player characters to interact with.  As well as monsters to kill and exotic locations to kill them in.  Eberron has its unique peoples, like Shifters.  Shifters are a race of people who are the result of humans loving lycanthropes… you know, werewolves and weretigers and weresharks and other were-things. 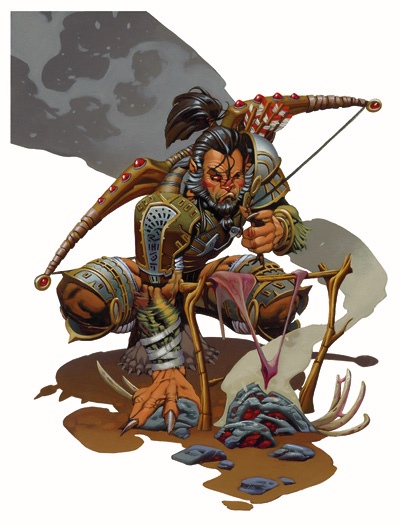 Our family game got involved from adventure number one with the secret service of the Kingdom of Breland, the Dark Lanterns, so Breland and it’s cities became something of a home base. 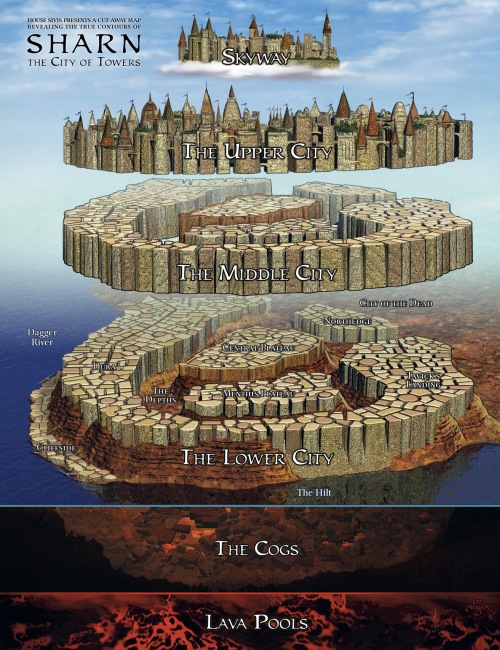 The city known as Sharn, City of Towers, became a particularly fascinating home base.  The Broken Anvil Inn in the mid-reaches of Dura became a sometimes place to live and alwaystimes place to drink liquor and recruit weird friends.  And this is a vast city with a cluster of mile-high towers and a population of various peoples and monsters from throughout the continent of Khorvaire.

So if you have been reading any of my Saturday D & D posts, and found the place names confusing and hard to remember, now you have this post to read and confuse you even more thoroughly.  How do I, as dungeon master, keep it all straight?  I don’t.  I bought the books and I am constantly looking stuff up.  In fact, I often assign number one son the Player’s Handbook for Eberron to look up that stuff, number two son gets the Campaign Guide to look stuff up in, and the Princess handles the Monster Manuals.  (Really, I have spent a ton of pennies on the books and have too many to juggle them all myself.)

So we play the game in a world called Eberron and share the fantasies and stories of world where magic is science and science is magic.