Surviving the Reign of the Monkey King 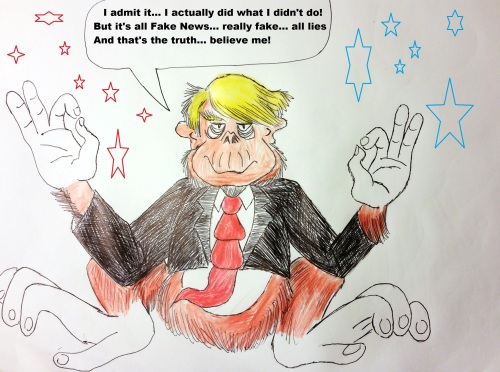 So the head monkey has fired the giraffe in charge of looking into the Russian banana pilfering that has everyone questioning his fitness to rule.  Rule?  Heck!  I question his continued right to own bananas!

But this post is supposed to be a reflection on surviving, not another angry animal metaphor about things that can’t be cured until the next election, or until the elephants that put the monkey in charge do something about their own addiction to bananas and work up the necessary human emotion and moral outrage to remove him as head of the zoo. 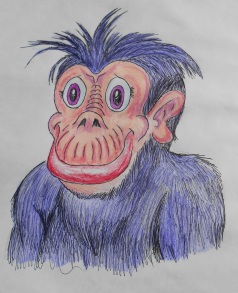 Steve Bannon, the idea-monkey of the Monkey Kingdom

So let me enumerate some of the thoughts that give me peace in the midst of this insane monkey-house cacophony.  (Cacophony is a good word to use around the topic of the monkey king because it has both the words “caca” and “phony” in it.) 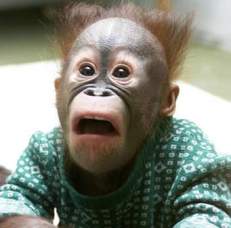 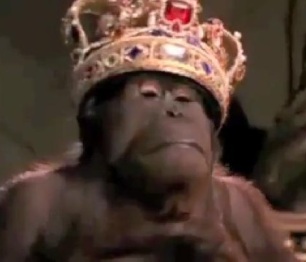 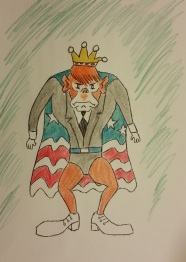 The Orange King is very, very HYUGE! but his hands are small.

So, the long and the short of it is this.  It is not hard to see the end of this struggle to survive the monkey king’s rule.  I, for one, will probably not survive.  But cutting the legs out from under the giraffe investigating the Russian banana pilfering was probably the beginning of the end of the monkey king himself.  The lions, wherever they have been hiding, will now come out and eat him.

10 responses to “Surviving the Reign of the Monkey King”