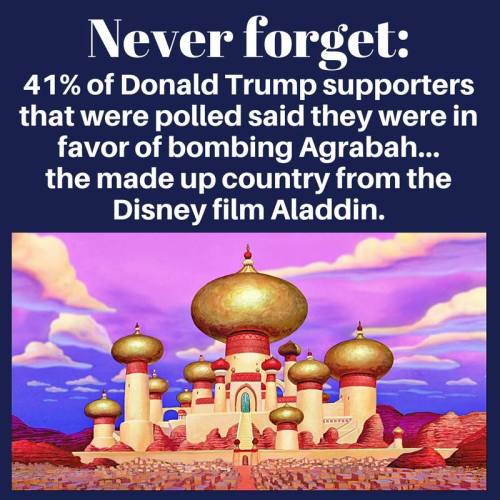 I am tired of making fun of President CheetoHead.  There is no challenge in it.  John Oliver, Stephen Colbert, Seth Meyers, Trevor Noah, and Samantha Bee have made all the best jokes already.  If you are not sure who those people are, they are late night talk show hosts and comedians who do political news humor… you know, the only fact-based no-BS news you can get nowadays.  Really?  You haven’t heard of those people before?  Let me ask you this, then… Do you think we should bomb Agrabah to defeat ISIS?

But there has to be some sort of response to the Syrian gas attack on small children beyond the thirty minutes of hopeless weeping I did after watching the news yesterday.  The Great Orange Face showed off his testosterone levels yesterday by shooting Tomahawk missiles at an air base in Syria over that attack.  “This was all Obama’s fault,” he said.  Of course, Trump didn’t consult the Congress or any other world powers first, not even Putin.  Each Tomahawk missile costs $1.59 million dollars, so firing 59 of them at that air base cost us a total of $93.8 million dollars.  Think of how many Mar a Lago golf weekends that could have financed!  And what did it accomplish?  We were very careful to warn the Russians ahead of time so they wouldn’t be in the targeted area, and the Russians are Syrian allies in the war against the rebels who were gassed.  So the two Syrian air-base janitors we killed with those missiles must’ve been really hard to kill.  They had to be exploded 59 times.

And how do you stop war crimes against children by bombing janitors and empty runways anyhow?

But who am I to criticize?  My conservative Republican friends tell me I am an unpatriotic liberal idiot for not supporting Trump’s actions as Commander in Chief.  I admit it.  I am not a fountain of military knowledge and wisdom.  But I would still rather see hissy fits against war criminals acted out against the war criminals instead of empty buildings and innocent civilians.  And when they are through with Bush and Cheney, they should go after President Assad too. 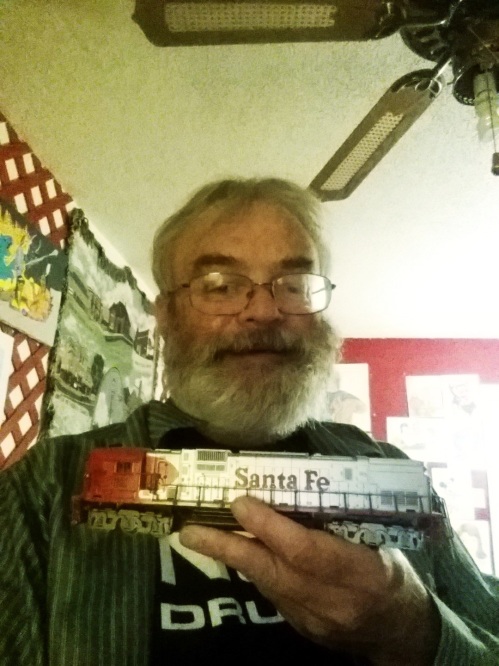 But, as long as all we are going to do about it is go “Doopy Doo!” in a really off-key singing voice, I might as well show you what I found in the garage.  This is my Alcoa Century Diesel (with 100 cylinders in the real engine) which I found in the garage while cleaning.  It is my biggest engine in HO scale, painted red, yellow, and silver in an official Santa Fe railroad pattern.  I had to show that to you before Trump gets to the verse, “Here we go Doofy Lie!”  And so, the song goes on.