The World is Ending, the Cubs are Winning 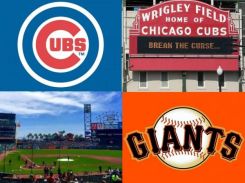 The Cubs, those lovable losers from Wrigley who haven’t won the world series in a century, came from behind in the 9th inning and closed out the hated Giants.  They are going to the National League Championship.  If they win the World Series, the world will end.  And I have to say, in spite of being a Cardinals’ fan and wanting the world to survive, I am rooting for them to do it. 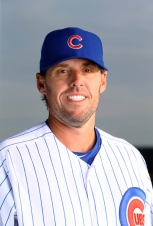 For the record, two critical Cubs are actually Cardinals in Cub suits.  John Lackey and Jason Heyward were both part of the Cardinals’ 100-win season last season.  In my heart, they will always be Cardinals.  If they can’t win the series with St. Louis, at least they deserve to win it with the team that stole them.  And, of course, the Cardinals themselves didn’t make the playoffs, and the Texas Rangers were blasted out of the playoffs by Toronto.  I can’t root for any of the other teams that remain.

So I end up rooting for the world to end.  The goat’s curse will be broken.  Donald Trump will be president.  And solar winds from the sun will strip the biosphere off the planet.  Why would I want such a thing?  Because it is baseball… and baseball is a life.

3 responses to “The World is Ending, the Cubs are Winning”