What Mickey’s Magical Tome says about Horror and Fear

I never could watch only the start of the monster movie, the late-night Saturday creature feature.  Once begun, I had to see it to the very end.  I had to know the evil was ended and the horror was defeated.If I did not find out, then nightmares ensued.  The night I watched John Carpenter’s original Halloween, I had to get up in the night and check the closet fifteen times.  I almost didn’t survive number thirteen, nearly dying from dread, and the light stayed on for the rest of the night.  I need to see that which scares me in the light of reason and hope.  I need to face my fears and overcome them with mental and spiritual power.  No story is ever wholly unreal, and no enemy stalks me forever without end.

(You probably can’t read it, but my magical tome contains a list of magic words, words that mean “magic”, incantations against the fear of the dark.) 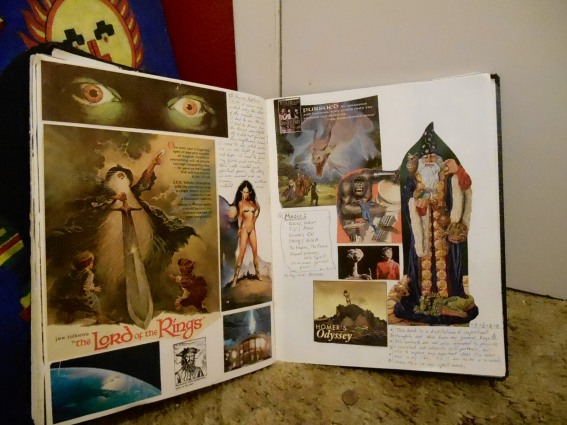 Tagged as fear of the dark, fear of the monsters from movies, humor, magic, magical tome, photo Paffooney